Many Dragon Ball FighterZ fans were waiting for Master Roshi and it seems the wait is finally over, because recently on Twitter, Bandai Namco officially dropped a not-so-subtle hint that the legendary perverted old man who is also Goku’s sensei, may be joining the game as part of the Season 3 DLC.  Master Roshi is perhaps the most awaited and hyped up character in this game. 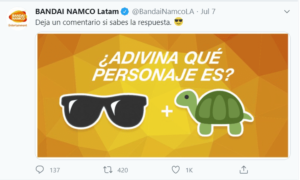 He has been a part of the Dragon Ball Z series since the earliest chapters, and some of his best disciples have been dominating the meta of the FighterZ game. Even in Dragon Ball Super, Master Roshi has shown off his incredible strength and his capability to still defend the Earth from evil space villains. He possesses the ability to transform into his muscular form and unleash chaos upon his enemies. He is an amazing character capable of mixing up combos. Kamehameha was invented by Master Roshi and he was also the original Tung Fu Rue. To see him in Dragon Ball FighterZ will be a treat and he is definitely going to make this game more exciting and enjoyable. Everyone is looking forward to the official trailer of Master Roshi.

In addition to Master Roshi, two more characters are speculated to join the game as a part of the Season 3 DLC which will be revealed later this year. The speculated heroes are listed below:

Pokemon Sword and Shield update 1.2.1 released with some bug fixes