Video games aren’t just an escape from reality. They are a means to bring about and foster communities in an enjoyable environment. In a world where there is injustice every day, spreading a message is of vital importance, regardless of who creates the awareness or through which media. The Dragon ball fighterZ community has risen to the occasion and shared an important message through a costume pack.

To know more, read on…

For the first-timers out there, Dragon Ball FighterZ is a 3D fighting game, simulating 2D,developed by Arc System Works and published by Bandai Namco Entertainment. Based on the Dragon Ball franchise, it was released for the PlayStation 4, Xbox One, and Microsoft Windows in most regions in January 2018, and in Japan the following month, and was released worldwide for the Nintendo Switch in September 2018.The game  involves the player picking a team of 3 playable characters and a unique assist for each, then fighting an AI or human opponent with their own team of 3 characters. 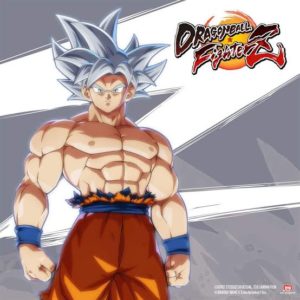 Recent developments include the release of the Black lives matter mod , which was developed and shared by a team of modders consisting of, Shoyoumomo, SaitsuMD and UltIMa647. This mod has a costume pack and also consists of characters with a dark skin tone,to spread awareness against racism. The mod also consists of the following salient features:-

1)New character skins for all characters(they can be found in the second colour slot) which also include new textures for characters in the game.

2)A new gold outline has been added to character costumes, making them all the more attractive.

3)Other miscellaneous features have also been added, such as new costumes and character-intro texts.

4)It has been announced by the modders that some NPC characters will be updated and recolored in the future. These include – Chiaotzu, the rest of the Ginyu force, Zamasu when playing as Goku Black and Android 17 when playing as 18.

This mod has been very well received by the fans and the modders have been applauded for the message they have shared with it. Here are the steps to download this mod :-

STEP 1->Make sure Dragon ball fighterZ is up and running.

STEP 3 ->Extract the mod’s contents from the archive file that gets downloaded and add it in the assets folder of the game.