We all know how Brawlhalla heavily involves characters jumping around. The jump clouds in Brawlhalla are all different shapes depending on which jump you’re on, and it is very often that we lose track of the number and get confused. What If there was an indicator to let us know the count of the jump we’re on?. Well, there is good news, the Brawlhalla colour coded jump mod is here.

To know more, read on…

For the first-timers out there, Brawlhalla is a free-to-play 2D fighting game developed by Blue Mammoth Games for Nintendo Switch, Xbox Series X|S, Xbox One, PS5, PS4, Steam, iOS, and Android, with full cross-play across all platforms. The game was shown at PAX East in April 2014, and went into alpha later that month.An open beta became available in November 2015, followed by the game’s release in October 2017.As of January 2021, the game features 52 playable characters called “Legends”, each with their own unique stats, loadout, and available cosmetic skins. 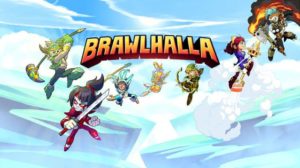 The colour coded mod for Brawlhalla has been well received by the fans on account of the help it provides while playing to game. With this mod, each jump is represented by a unique colour on the jump cloud. This mod has been developed and shared by modder chicodesopa and has been widely used by gamers and streamers alike. The mod removes the confusion regarding jumps and thus, helps to improve one’s skills in the game. It consists of the following salient features :-

1)The first jump is Green.

2)The second is Orange.

4)Gravity cancels are also purple to make it easier to determine if you gravity cancelled correctly.

5)Lastly, back and forwarded Dashes are blue.

The steps to download this mod are as follows :-

STEP 1-> Make sure Brawlhalla is downloaded and running.

STEP 3 ->Extract the mod’s contents from the archive file that gets downloaded and add it In the assets folder of the game.

Pandora not working on Sonos : Here’s how to fix it

Pandora not working on Sonos : Here's how to fix it