Xiaomi is a Chinese tech brand that became popular due to its low-priced smartphone devices. A dozen devices have released at a low price before, but Xiaomi’s devices not only were affordable but with features that were spectacular and over the cost ratio. Xiaomi also stepped into the world of fashion two years ago, with its launch of Sneakers and Backpacks. Not just that, the brand’s devices run on Xiaomi’s custom OS on top of Android called MIUI. Xiaomi has a couple of sub-brands and series that rule the market for various reasons.

Xiaomi has launched its latest version of Launcher. It is the MIUI 12 Launcher and as the name says it all, the app is based on MIUI 12 OS that is yet to be released. Therefore, here we are with the app download link. But first things first, check out some features of MIUI 12 based on which the launcher is developed.

First of all, MIUI 12 will support Android 11 which is expecting its beta version to be released. Just like the Android version itself, MIUI 12 has prioritized improving rather than bringing new features. You will get to see battery optimizations that will not just extend battery life, but also sort the background apps issues and unwanted performances. The present optimizations are very limited and unclear it is, of what it does. Users will get to see various AI improvements. 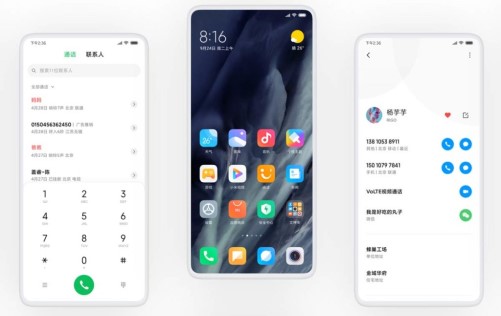 Above all, users have always found new graphics, transitions, and icons something cool and appealing. Therefore, MIUI 12 has emphasized on bringing changes in icon packs and looks. You will also see new transitions and animations with the update of MIUI 12. Adding to the battery optimization, MIUI 12 has promised to sort a way out for 90Hz display users. 90Hz Display consumes more battery which is a huge disappointment. But once used to the quick and responsive display, it is hard to return. So, the update will look forth on how it can be optimized.

Lastly, the custom OS is bringing a new feature named Slo-Fie. This feature will allow users to capture slow-motion videos via selfie camera after updating. The release date of the stable MIUI 12 version is nearing. MIUI 12 is currently available for some beta testers. If you want to read more about MIUI 12 along with its details, click here. Continue reading to download the latest MIUI 12 Launcher.

The latest MIUI 12 Launcher has been released. Click the link below to be redirected to the official MIUI telegram group. You can download the apk app from there.

Youtube Studio Down (not working) -Broken for many users

Youtube Studio Down (not working) -Broken for many users