Android OS has successfully released 10 versions and is the most used software for smartphones. The upcoming version of Android 11. Google officially stated that the software from the 10th series will be referred to as numerically. In contrast, versions before the 10th were called Pie (Android 9), Oreo (Android 8), etc.! Android 11 has already made halfway, and 2020 will mark as the year of launch for Android 11. The upcoming OS has been very promising with the latest features on board. Users are waiting for the stable release of this OS, but not all the devices will be eligible to receive the update.

The developers have promised the release of the beta version of Android 11 after availing 3 Preview builds for Google Pixel phones. The Preview builds, as the name says it all, is the preview of the OS before the software is released in any form (beta or stable). Recently, the Developer Preview 2.1 released, and it seems like it is time already. You can download Developer Preview 3 and project images of the same in this article. But before that, check out the new features added.

The third preview build has been updated with most of the new features possible. With very fewer features that we got to see with the second build, the third is almost a new transition.

This new feature will give users access to what they have never been aware of. Android 11 latest preview comes with getHistoricalProcessExitReasons. Apps can now retrieve the reason behind the most recent app deaths. The exit reason can include factors like the system running low on memory, a native code crash, a runtime permission change, excessive resource usage, etc. With ApplicationExitInfo, the historical record and reasons can be retrieved.

Various tools were added in the earlier preview build released to find and fix memory safety issues. GWP-ASan is the latest tool, added in Android 11 Developer Preview 3 for the same purpose. But most noteworthy is that GWP-ASan is enabled by default in system apps and platform binaries. Third-party developers can also enable the tool run applications. To be precise, the GWP-ASan tool helps detect heap memory errors that can affect the performance of the OS in any way. 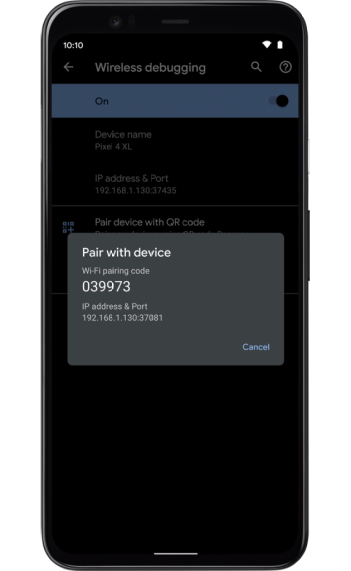 First of all, this feature came along with the previous Preview build but not emphasized. Wireless Debugging can now be easily enabled in Settings > Developer options. Earlies, it wasn’t this easy as the developer options weren’t present in settings as default option. In contrast, users had to manually avail it. Users can now connect their device to a PC by enabling the debugging and obtaining a code. That code can be used for pairing. Also, Google is working on providing QR Code – Scanning feature to make things simpler.

Seems like Android 11 will give many preferences for developers and others to install APK files. Hence, the new feature will allow users to install APK files 10 times faster than ever before by using the tool from PC. All that one has to do is install an incremental Apk called “ADB – install incremental” command in the latest ADB binary. If the Apks are formatted with Apk Signature Scheme v4, a separate signature file is generated, which will require an “Incremental File System”. The new feature will work if all these factors are available. Presently, only Pixel 4 and 4XL has the File System, so not all the devices can support the speed install. Hence, Google has promised that all the devices that will receive Android 11 updates will be ensured of accessing and obtaining the requirements.

Finally, data access auditing APIs have been updated. Google has made various changes in the APIs in Developer Preview 3. Also, Google has renamed several APIs. So do ensure updating the apps if you are using any.

From the given table, you can download the latest Developer Preview and System images. Click the links next to the device you want to install, and the download will instantly begin.

We have published a full-fledged article on Android 11 and a timeline. Check the link given below. As mentioned, the Developer Preview 3 is the final preview build. Finally, users can now expect the beta version of Android 11 to release soon. There will be two beta software rollouts. Refer to the image below.

Also, the best news is that unlike the preview builds, the beta update will be for non-Pixel devices. Within two months of 2021, all of the eligible devices will rock Android 11. But it will all begin this year with the launch of Android 11 Beta.

Rest assured, we will update the article if we receive any information regarding Android 11, so stay tuned. Also, share this article with all those who were waiting for Android 11 Developer Preview 3!