Well, the upcoming season 3 will bring a lot of content to the game like the new operators, maps, weapons, and a lot more. We have been covering almost all the leaks that surfaced online since the last week. In our earlier posts, we have covered the upcoming New Weapons, New Operators, New Maps, and other details. Make sure to check out our detailed coverage on all the topics.

Today, new details related to the upcoming content in season 4 of Call of Duty: Mobile have surfaced online. According to a beta tester, Activision will be dropping a new Zombie map with the upcoming update.

The user has shared several in-game images of the map and shared some details too. According to the users, there will be Call of Duty: Mobile Season 3’s New Zombie Map is available to play on beta test servers.

Talking about the new Zombie map, the map is named “Night of the Undead.” The map first appeared in Call of Duty: World at War, which launched back in 2008. The map made its way in the Zombie mode of other COD titles too. The map debuted in World at War with a different name – Nacht der Untoten, which is nothing but the German translation of “Night of Undead.” Check out the map layout of “Nacht der Untoten.”

Coming back to the 2020 version of the “Nacht der Untoten,” that is, “Night of the Undead.” The map will be available soon with the season 3 update. For now, you can check out the in-game screenshots below. 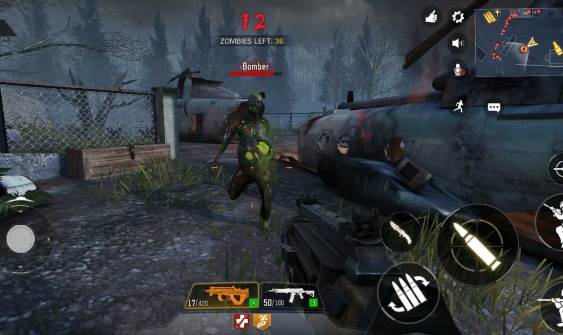 A leaker posted an image on Twitter and mentioned that a new item – Monkey Bomb is coming to the Zombies mode in Call of Duty.

Monkey Bomb is not new in Call of Duty, earlier it has appeared Zombie mode of Call of Duty: Black Ops 2 and it can be obtained from the crate box.

According to @CODM_murdablast, the item will be available soon in the mobile version of Call of Duty. Again, it’s just a leak, no official announcements have been made. 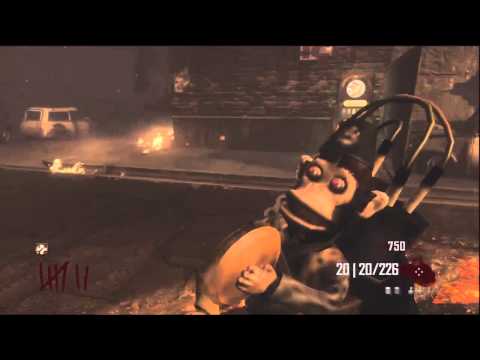 Well, we are in the second last week of season 3 of Call of Duty: Mobile, but still the developers haven’t released the new Zombie map, which was announced with the release of season 3 last month.

“Nacht der Untoten,” also known as, “Night of the Undead” is available to download in the game, but still the map is not available to play. Well, the unavailability of the map even at this period of time made us conclude that Nacht der Untoten will release in season 4 of Call of Duty” Mobile.

Again, it’s just a guess, there are no official announcements made by the developers. regarding the arrival of the new zombie map.

Season 3 is about to wrap up, and Call of Duty: Mobile season 4 will release soon.

Recently, we have covered posts related to the upcoming content of season 4. Make sure to visit the link to check out the post.

Well, we have something to share with you, if you are one of those fans, who are still excited about the new Zombie map in Call of Duty: Mobile.

You can check out the statement below, which suggests that the Zombie mode will not be available after March 26, and will be relaunched later with several improvements and the new map – Nacht Der Untoten,

//One of the most frequently asked questions to these updates is “what about ZOMBIES Mode?” Today, after extensive evaluation we are sharing that ZOMBIES Mode is being removed on March 25th.

We had always mentioned it was limited but with no explicit end-date. We wanted to see the reception, see the feedback, and see how we can potentially shape the mode for the future. However, the mode just didn’t reach the level of quality that we desire. The second map, Nacht Der Untoten, is also not releasing in the global version.

We may bring the mode back, with Nacht Der Untoten, once we can make sure it is high enough quality, but for now, we’ll focus on development for Multiplayer, Battle Royale, and Ranked Mode.//

The all-new update of Call of Duty: Mobile is scheduled to roll-out tomorrow for both Garena and the global version. The update will bring the new season 4 update with a new battle pass and a long list of new content.

Well, earlier in this post we mentioned that the Zombie mode will be unavailable and it’s leaving the game on Match 26. And today, multiple sources have confirmed that the Zombie Mode will not be available in Call of Duty: Duty after the new season 4 update.

If you are interested, you can check out the patch notes for the new upcoming CODM update. The patch notes have been released officially by CODM Garena’s official FB page.

Check out the link below to read finer details on the same.

How To Get A 5 Star Island Rating In Animal Crossing: New Horizons