Call of Duty: Warzone is a popular free-to-play online battle royale video game released from developer studio, Infinity Ward & Raven Software. Likewise, the game comes from the publisher Activision. Call of Duty: Warzone features online multiplayer combat among 150 players. Additionally, some of the game modes support 200 players as well. Other modes include Plunder, Rebirth Resurgence, Buy Back Solos, and a few others. This article is a guide on the best M4A1 loadouts in Warzone.

The game features a Battle Royale mode that is similar to other titles in the genre such as Fortnite & PUBG. Consequently, players compete in a continuously shrinking map to become the last player remaining. Firstly, players parachute from a plane onto a map. The players face off against other players. With every passing minute, the playable area shrinks down, forcing all the remaining players into tighter spaces. Therefore, players in the non-playable areas lose their health constantly and eventually die. One of the most unique differences between Warzone and others is the focus on vehicular gameplay.

Here are two effective & optimal loadouts for the M4A1: 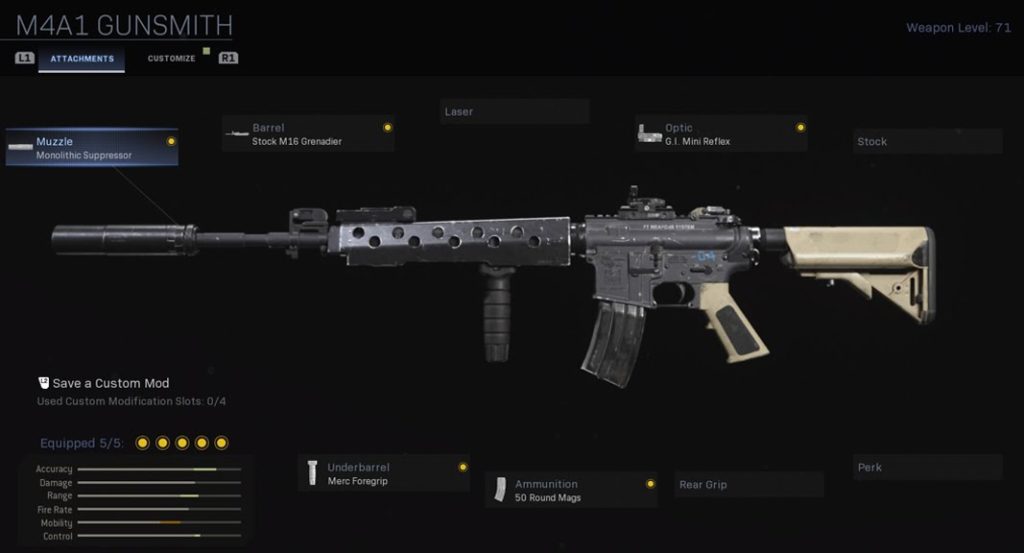 Muzzle – Attach the Monolithic Suppressor to your M4A1 muzzle.

Barrel – Use the Corvus Custom Marksman for your M4A1 barrel.

Underbarrel – For your underbarrel, put on the Commando Foregrip.

Magazine – Use the 50 rounds magazines.

Stock – Select the No Stock option for this one. 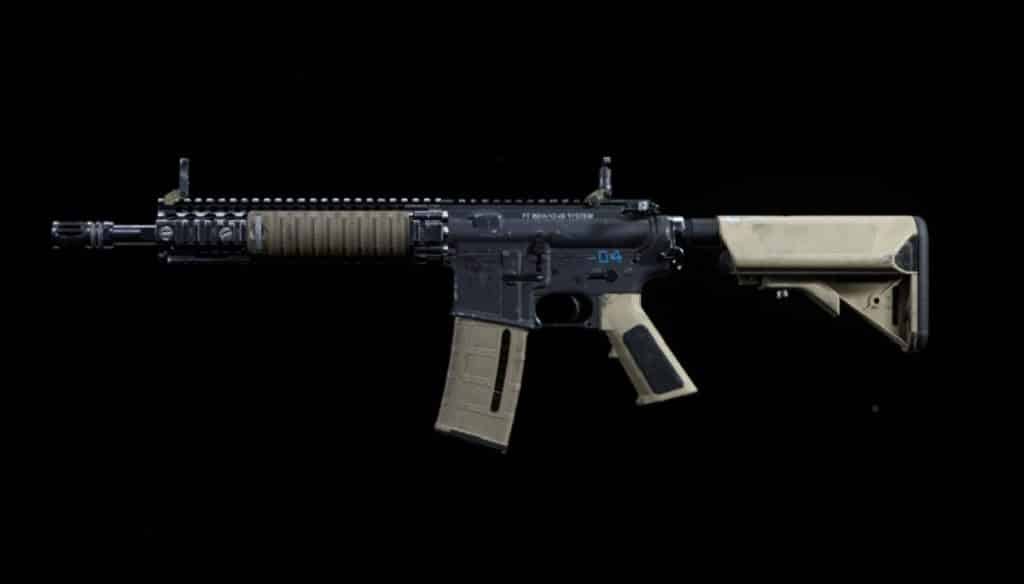 Muzzle – Equip the Monolithic Suppressor to your M4A1 muzzle.

Barrel – Similar to the previous setup, attach the Corvus Custom Marksman for your M4A1 barrel.

Optic – For your optic, you can equip the PBX Holo 7 Sight.

Underbarrel – You can attach the Commando Foregrip for your underbarrel.

Magazine – Lastly, you can use the 60 rounds magazines.