Vivo is a Chinese smartphone company owned by BBK Electronics. Vivo was initially known for telecommunications. But cut to today, Vivo is known for its fantastic camera features and unique interface. The brand is mainly in the spotlight due to the mindblowing implementation of a pop-up camera. Vivo V-series was a game-changer for the brand. We have finally gotten to know the Android 10 status for Vivo V11 Pro. Here’s what the device is known for.

Vivo V11 Pro is a flagship smartphone from the brand that was released in September of 2018. The base variant of this device currently costs around Rs. 22,000 and is available in Starry Night, Dazzling Gold, Nebula, and Supernova Red colors. 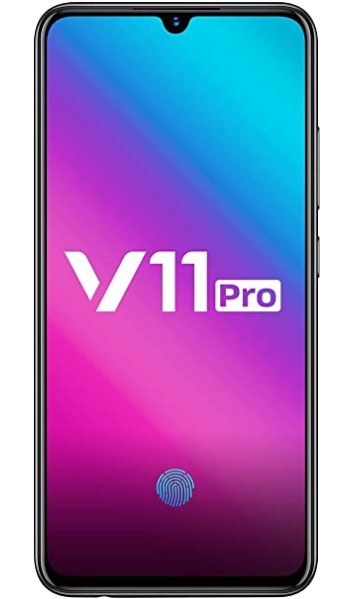 Vivo V11 Pro instantly gathered a huge user base in 2018. But most features compared to today’s gadgets at the price range come across as outdated. This device is available in two variants- 64GB 6GB RAM and 128GB 6GB RAM. The V11 Pro comes with Android 8.1 out-of-the-box. But the device is presently updatable to Android 9 (Pie) OS. Above all, this device is powered by Snapdragon 660 chipset which does no justice to its current price and the current world. 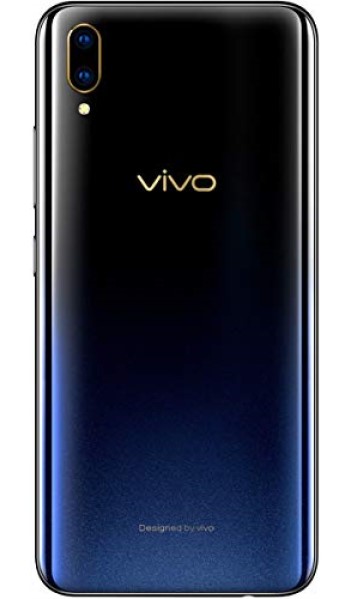 Vivo V11 Pro equips a dual-camera setup at the rear end where 12MP is the primary sensor and 5MP is the depth sensor. The front camera is a massive 25MP selfie shooter. Users even today look for something better than the standard 20MP front camera. The 3400mAh battery might seem disappointing but it was perfect for an everyday user before the entire gaming scenario in 2018.

Vivo 11 Pro users have already received one major OS update for their devices. The device launched with Android 8.1 which is now upgradable as mentioned already. But being the eligible device, it is, users have anticipatedly waited for stable Android 10 update. But finally, it is officially confirmed that Android 10 update for Vivo V11 Pro is yet to go under Grayscale testing and will soon roll-out once the test is completed. 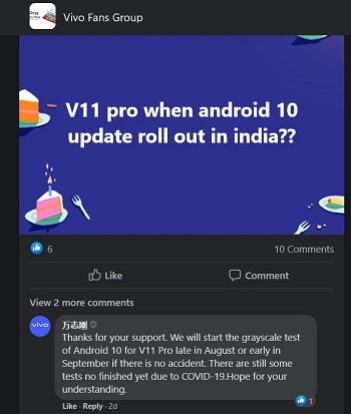 This information was posted as a reply to the official Vivo fans group on Facebook. /Grayscale testing is the final procedure where an update is tested to find out if it is working all right and eligible for launch. Due to the pandemic situation, a lot of testing and internal works were out to halt. Grayscale testing for Vivo V11 Pro OS update seems to be one of them.

Therefore, as promised by the officials, the testing will begin by late August or early September. We can expect the stable Android 10 update for Vivo V11 Pro somewhere in the middle of September 2020.

Rest assured, we post related content and updates every day, so stay tuned! Also, share this article with all those who are waiting for the update!