AMD is pulling all strings possible to ensure that arch rivals NVIDIA do not come out cleat winners of 2020. The Green Army saw Ampere GPUs GeForce RTX 30XX storm into the graphics card space. The greater part of the year was consumed with leaks and surfacing reports about the RTX 30XX cards. It was towards the end of third-quarter that AMD truly came alive.  The American brand found a unique way to tease its upcoming Radeon RX6000 GPU via the game Fortnite. Now as we move closer to the launch of RDNA2 next week, more leaks are surfacing regarding Radeon RX 6000 series. Radeon RX 6900XT stands at the top of the arriving GPU lineup. The mid-level Radeon RX 6800XT also manages to grab decent eyeballs.

To those of you wondering, the Radeon RX 6000s are indeed the NAVI codenamed GPUs. The XTX, XT and XL are the three suffixes provided to the three NAVI 21 models. The top-end Radeon RX 6900XT functions of 80 Computing Units. All three cards are powered by a 16GB GDDR6 memory. The most recent report comes from Igor’s Labs and claims that a certain graphics card from this family has a boost clock of 2577 MHz. So it is safe to assume that the base clock for Radeon RX 6800XT variant will be about 150-200 MHz lower. Igor Wallossek hints at the possible use of “MorePowerTool” to read the data from firmware given the previous Navi generations used the same SoftPowerPlayTables. It has become clear that the Radeon RX 6900XT would not be initially available to board partners. 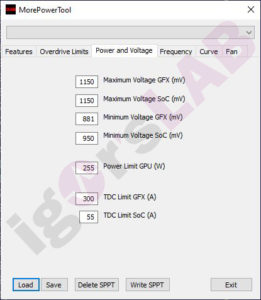 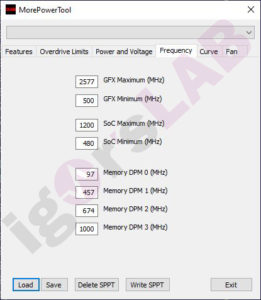