AMD has brought some massive changes compared to what Intel has been very consistent with. Though Intel processors are the most reputed, AMD is drastically pushing above the bars. AMD is a computer hardware manufacturing company known for processors and graphic cards. The Big Navi is the company’s upcoming GPU/ graphics card.

If you are a huge tech geek, you might be familiar with the name Coreteks. Coreteks is a pretty popular tech channel on YouTube with over 172k subscribers. This channel has been successful in bringing to us the first look at the AMD Big Navi GPU.

An image was shared on the Twitter account of Coreteks with a hint to guess what it could be. As easy as it was, it was the first look at the Big Navi GPU-

Can you guess what this is? 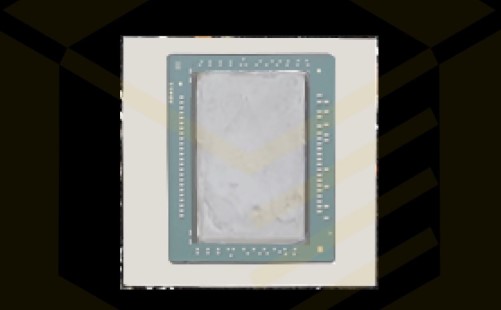 As you can see, the image consists of a squared-package of the Big Navi with a large, rectangular die at the center. The AMD Big Navi GPU silicon could power the brand’s premium range, next-gen graphics cards- Radeon RX 6000 series.

The post also came with a link to their YouTube video, which had all these details related to the Big Navi, confirming the images to be the first look of the GPU. Here’s the video presentation about the AMD Big Navi posted by Coreteks-

This Big Navi chip is rumored to feature around 80 compute units based on the RDNA2 graphics architecture. In the Coreteks video, the estimated length and width of the chip are 29 mm x 18.5 mm respectively. The die area is said to measure 536 mm2. Official details will be unveiled on October 28, 2020.