It is impeccable how advanced technology is getting after every milestone is achieved. As most of us are blinded by 5G and Android 11, a dozen other things are happening around that need a major spotlight. One of the features that are all ready to start a revolution in the field of tech is Rich Communication Services (RCS).

The RCS features will change the way we’ve been using text messages for decades. RCS feature is a richer version of text messages where users will be able to send high-resolution images, live location, files/ folders, audio, and video, and much more just via the mainstream messaging app.

As we use third-party apps like Messenger and Instagram to text, and mainly WhatsApp for features like location sharing, support for RCS will not just be an alternative, but a replacement!

Xiaomi Mi A3 users have started receiving support for the RCS feature from Reliance Jio. Here is the screenshot shared by one of the users on Twitter- 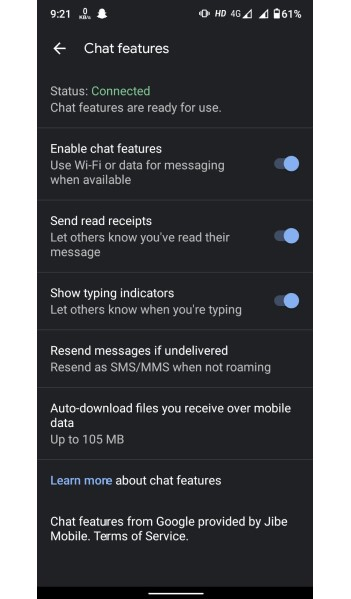 There are no details on how Jio is rolling out support for this RCS feature. But it has been confirmed that the massive Indian telecommunications company has brought the feature into execution.

It is also not known if Xiaomi has made it possible but rumors are that several other devices from other brands too will soon be receiving support for the RCS feature.

Currently, the plans of one of the brands are revealed officially. OnePlus will be rolling out the RCS feature along with an Android 11 update for OnePlus devices. The feature will be integrated with the OnePlus text messaging app.

As two of the major smartphone brands have come up with releasing the RCS feature, we hope to see other brands to work with Google and telecom. companies in bringing forth the most of the Rich Communication Services.