ZOTAC has added to its BlackHolo series with the new Ampere based GPU customs Trinity Holo.

What a turn of events we are witnessing today. First, we had specifications getting leaked of the NVIDIA GeForce RTX 30 series. There is finally a confirmation on the lineup consisting of three SKUs, namely the RTX 3090, RTX3080 and RTX 3070. What more do we have you ask? Well, we all know how exciting the graphics space becomes when we get customised copies. It seems like ZOTAC ran out of whatever little patience it had.  Based on NVIDIA’s upcoming Ampere-based technology the company released a render of the ZOTAC Trinity Holo. It has been built over the GeForce RTX 3090 and 3080 platforms. 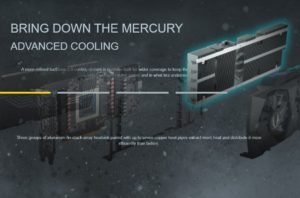 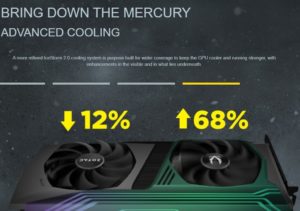 As is customary of these custom graphics cards, there is no compromise on the fancy bit. The ZOTAC GeForce RTX 3090/3080 Trinity Holo have a multidirectional glow courtesy the RGB LEDs. The dimensions as adjudged from the stills seem pretty good and it is rather taller than the standard size. The flesh of the Ampere based GPUs is bulky, to say the least. Now that’s definitely not a turn off when you look at (below) the renders of the ZOTAC Trinity Holo. Interestingly, the graphics card features a triple-fan setup for the purpose of cooling ventilating a larger than usual heatsink.

It is really exciting to imagine the prospect of the three fans functioning at multiple speeds to optimize performance. Look closely and you’ll find three 8-pin PCle connectors because of course, the 12-pin power connector has been reserved for NVIDIA Founders Edition. Now that is hugely specific to the ZOTAC GeForce RTX 3090. The RTX 3080 variant by ZOTAC is a rather humbly designed one. It houses a two-fan setup and two 8-pin PCle power inputs. NVIDIA would be a little annoyed with ZOTAC especially when they released these stills just days before the online event. Closer inspection even informs on how NVIDIA has planned to use two grades of the same GA102 silicon on both RTX 3090 and 3080. Click here to know about all available specs on the NVIDIA GeForce RTX 3090 and RTX 3080.