NVIDIA will launch its GeForce RTX 30 series on September 1 via an online event.

Patience is a rare trait and NVIDIA have done a great job while putting it to test for all tech enthusiasts. The suspense building around their September online event has served them all the attention in the market. Even the most patient customers have been lured by the leaks going around NVIDIA’s GeForce RTX series. Now that we are so close to the launch a part of us just wants to wait. But, let’s be honest, a part of us wants to dig in. So here’s us serving you the latest on both the NVIDIA GeForce RTX 3090 and 3080, specs for which have been revealed.

As we already know the GeForce RTX 30 series is based on NVIDIA’’s Ampere architecture. The age of 12nm Turing and Volta processors finally has a successor built on the 7nm platform. The information first appeared on VideoCardz. What had initially been predicted as a family of four has been confirmed to consist of three SKUs. The GeForce RTX 3090, RTX 3080 and the RTX 3090. There were claims that spear-heading this line will be a behemoth. 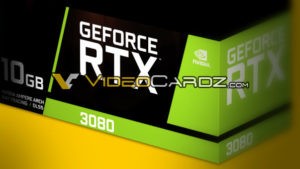 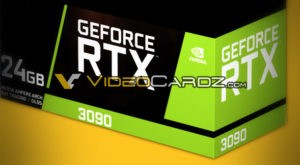 NVIDIA has also brought in the new (2nd) generation of ray tracing cores and tensor cores on the complete line as standard. These will particularly be of aid in AI-related functions and Machine Learning. On the connectivity front, you have PCle 4.0 support. NVIDIA’s generosity towards users of all range was reflected recently when they launched the MX450 with PCle 4.0 support too. Also, it is worth noting that all third-party manufacturers like ASUS, MSI etc. will use a dual 8 pin connectors. Only the NVIDIA Founders Edition will use the 12-pin connector. NVIDIA made it clear who’s the boss, you see.