Will it even get the Android 10 update?

Updates, Updates, Updates! It’s raining updates everywhere. From the past few months, we have seen many OEMs rolling out updates to their devices. While many devices are still receiving Android 10 updates, latest security patches, and other incremental updates, these OEMs have already planned their next major OS updates. Chinese brand Xiaomi has also been in the talks because of the upcoming MIUI 12. But hey, before talking about Android 11, have all the devices received the Android 10 that were supposed to? The answer is a big NO. While many devices have got the update, Xiaomi has still got a whole lot of devices on the waitlist to receive the update. 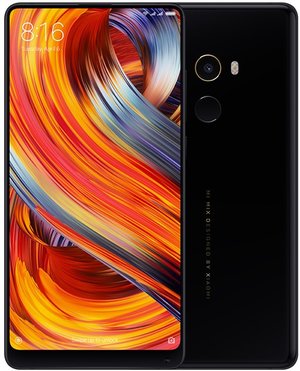 But, wait there’s a slight catch. While this may be the MIUI 11 update for the device, this doesn’t necessarily make it come with Android 10. Xiaomi rolled out the MIUI 11 update for the device with a ton of bug fixes, feature improvements, and a lot more. It came with a huge list of changelog that includes several bug fixes and changes in the status bar, notification bar, network assistant, security center, Xiaomi cloud services, screenshots, and a lot more. Despite such a rather long list of changes, this is not the Android 10 update. The update has the firmware version V11.0.5.0.PDECNXM and the OTA update was around 490 MB in size.

Users were quite happy with the arrival of the MIUI 11 update, but little did they know that it was not what they have been waiting for! Users were not at all satisfied when they found that is was not the Android 10 update and rather the MIUI 11 update based on Android Pie.

Well, considering the Mi Mix 2 to be a 3-year-old flagship, its relatively outdated specs, and the fact that it has already received many major OS updates, the chances of it receiving the Android 10 update seem to be pretty slim. Contrary to that, the Mi Mix 2 makes it to the list of devices to receive the MIUI 12 and Android 10 as well. This puts the entire situation in a huge turmoil.

So, we cannot say anything about the device just yet. While the chances of it getting the update are pretty slim, only time will tell the truth. So, let’s see what all Xiaomi has planned up for this device. Till then keep waiting.

Stay tuned for further updates on Mi Mix 2 Android 10 update. Also, share this article with all those Mi Mix 2 users who have been wondering about the status of Android 10 for their devices.