Xiaomi Mi 8 Android 11 update might arrive in near future

Ever since Google announced the Android 11, Xiaomi started working on Android 11. We also posted an article on expected Xiaomi devices to get this Android 11 update and Xiaomi Mi 8 was not an expected phone. But, as the reports are coming Xiaomi Mi 8 is now expected to get this update.

This information comes from a Xiaomi forum moderator happybuddhist. He said, “I wouldn’t have much anticipation for Android 11. It might come, but that will take some time because this is already a two-year-old device. Cheers! 🙂 “. The screenshot of this post is given below. 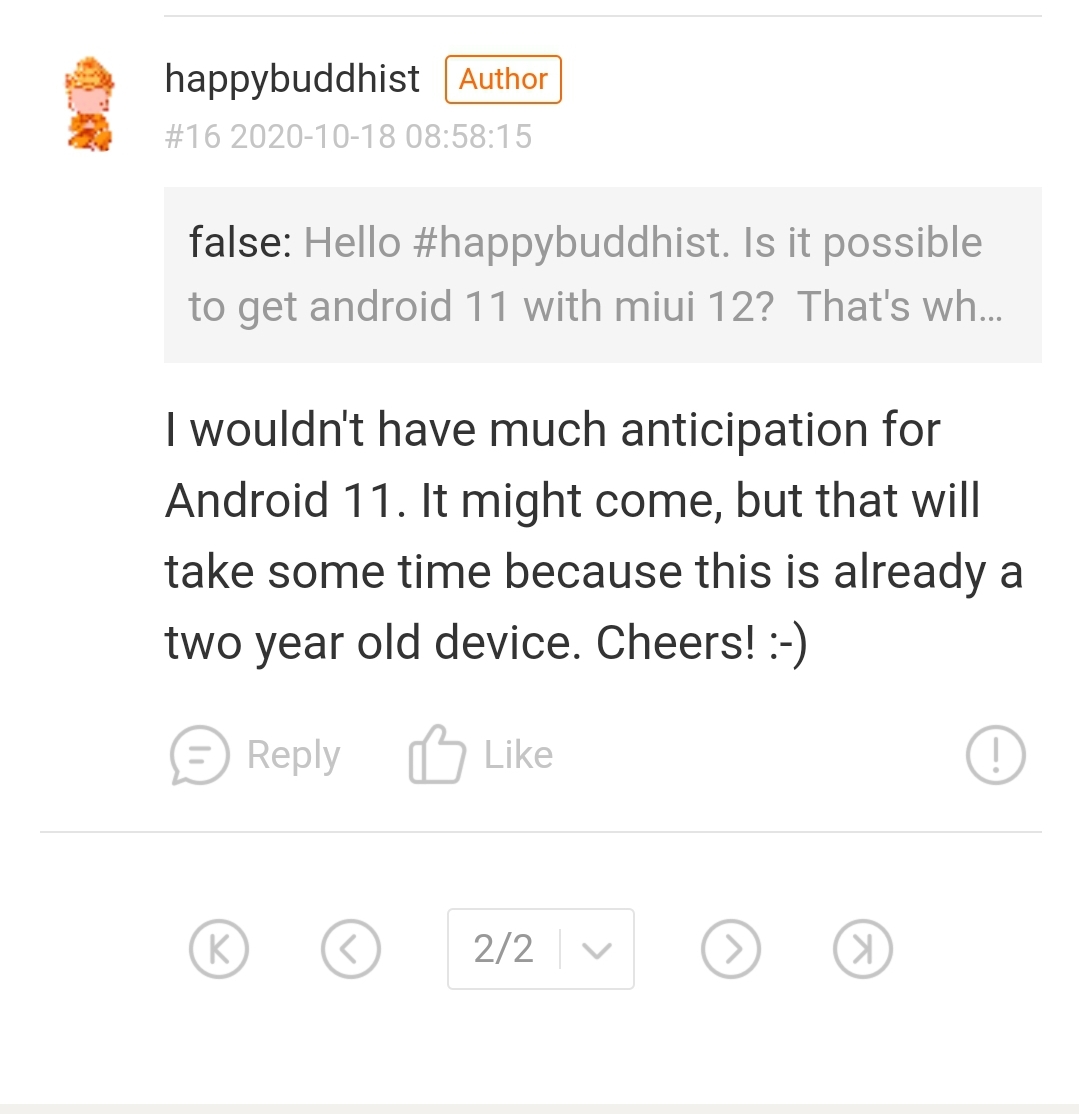 As mentioned by the moderator himself, It will take some time for this device to get Android 11 because this device is an old device and currently Xiaomi has many new devices to focus on like Xiaomi Mi 10 series and Redmi K30 Pro.

Xiaomi promises to give two major OS updates to its device. This Xiaomi Mi 8 came with Android Oreo out of the box and as promised by Xiaomi, it has already received Android Pie and Android 10. So, I believe that Mi 8 users should focus on getting the MIUI 12 update instead of focusing on Android 11. Now, let’s take a look at Mi 8 specs and Android 11 features.

Xiaomi Mi 8 comes with a 6.21″ Super AMOLED touchscreen display. This phone is powered by an octa-core Qualcomm Snapdragon 845 processor and brings a 6GB of RAM. The Mi 8 is backed by a 3400mAh battery. Talking of the camera, Xiaomi Mi 8 brings a dual-camera setup at the back with a 12MP primary camera and a 12MP secondary telephoto camera, and a 20MP selfie camera at the front.

Android 11 gives a new refined interaction with UI, screenshots scrolling, and combining, better screen recording with internal audio capture and better one-handed mode are some other features that Android users are expecting. In addition to it, we get NFC file transfer, Chat bubble, Dark Mode, Battery and storage enhancements, and an Enhanced Do Not Disturb Mode.

We are continuously tracking reports related to Android 11 & will update you with more information whenever it arrives, so stay tuned! Follow our website to get technology updates as soon as we publish them.