VR gaming is becoming incredibly popular with each passing day. Naturally, folks wish that all their favorite video games also get this feature. WRC Generations rolled out recently and players have similar questions for the developers. Will the game have VR support? If yes, then when is it coming out? Well, most racing video game developers get bombarded with these questions. Racing in VR is a completely thrilling experience. Once you enjoy it, you will only want it even more. So, if you are looking for more information as well, then you have come to the right place.

WRC Generations is one of the best racing game titles on the market. The developers pride themselves on the realism featured in the game. The cars look fantastic and the gameplay mechanics are top-notch. The best way to completely experience the game is by using proper racing peripherals. If you can combine it with a VR headset, your experience will just skyrocket. But, folks are not sure if the game supports virtual reality headsets. A lot of racing games that focus on the realism aspect often support this feature. But what about WRC Generations? Well, that’s what we are going to discuss further below.

| Also read: How to change the FOV in COD Modern Warfare II? 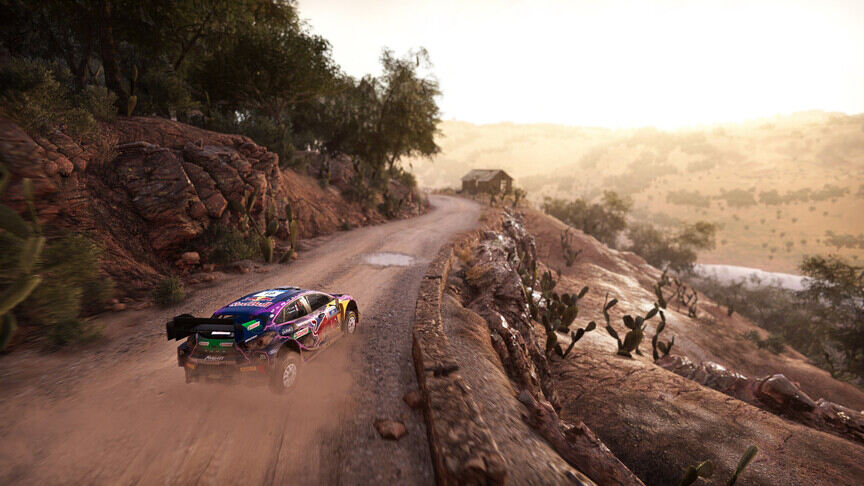 WRC Generations VR Mode Release Date: When is it coming out?

Unfortunately, WRC Generations does not support VR headsets. The developers have also confirmed that they have no plan to integrate this feature into the game. This is highly disappointing for folks who wanted to enjoy the game from the driver’s seat. Most people are simply confused by this decision. The previous titles in the series also did not support a VR mode. So a lot of players weren’t expecting it to be in the latest game as well. But, there was a possibility due to the advancement in technology.

While a VR mode would have been fantastic, it is understandable that the developers might not want to go through any extra trouble. There is a reason why VR stores only have a handful of video games. It takes a lot of time and skills to make a game compatible with VR technology. While the development team behind WRC Generations is not small, they are also not the biggest out there. But whatever the reason, the developers have made it clear that a VR mode is not coming out for the game. This brings us to the end of this article. Stay tuned to Digi Statement, and happy gaming.