Chinese smartphone brand Vivo is known for all the creative experiments we see as mobile features today. As the notch started trending only because it was a new look to smartphones, many users preferred a rather plain bezel at the top. Cut to the launch of the Vivo V series, the brand introduced the world to clean display by bringing in the concept of the pop-up camera. If you do not like that, then the punch-hole camera type display is a Vivo’s concept too.

Overall, Vivo’s creative smartphones have led to the evolution of the appearance and camera module in today’s smartphones. For a while, Vivo has been teasing a new device with the codename Vivo V2020CA.

Vivo V2020CA has appeared on TENAA this day and all the fans are more than excited for the upcoming mid-range device of the V-series. TENAA verification means only one thing- the device is all ready to officially be launched! 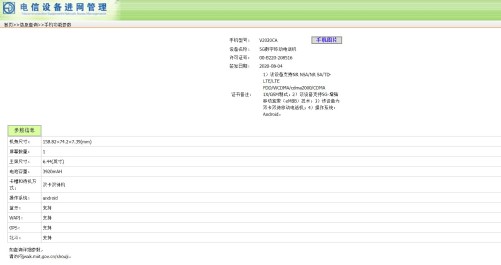 The unrevealed device appearing on TENAA has quite a few important details which are to be noted. It is listed that the Vivo V2020CA will come with a 6.44 inches display. The dimensions of this upcoming device are 158.82 x 74.2 x 7.39 mm, as listed

The connectivity features listed on the right top of the certification evidently convey that this mysterious device will support network up to 4G only.

The 3C certification stands for Compulsory Certification of China which assures security and anti-fraud. So, the unidentified, upcoming Vivo device has cleared all major certifications. The brand is all set to officially announce the Vivo V2020CA. From the revealed features, it seems like this device will be a mid-range smartphone that will cost around or below $280.

August 2020 update for Xiaomi Mi A3 is out [Download Here]

August 2020 update for Xiaomi Mi A3 is out [Download Here]