The old king of the short video, Vine has returned with its newer version dubbed Vine 2.0 aka Byte app. The first version of Vine was founded in June 2012 & it was a short-form video hosting service.

But Vine was acquired by Twitter in October 2012, before its launch on January 24, 2013. In December 2015, Vine recorded 200 million active users. Moving ahead in 2016, Twitter announced that it would disable uploads on Vine but viewing & download would continue to work.

In December 2017, Vine co-founder Dom Hofmann had begun working on Vine new version dubbed as V2 which he said is not under the banner of Twitter. In May 2018, Hoffman conveyed on V2 community forums that the newer version of Vine has been postponed to an indefinite time due to financial & legal hurdles.

But today, Dom Hoffman has surprised everyone by announcing the release of Byte through an official tweet. Have a look at the official tweet down below. 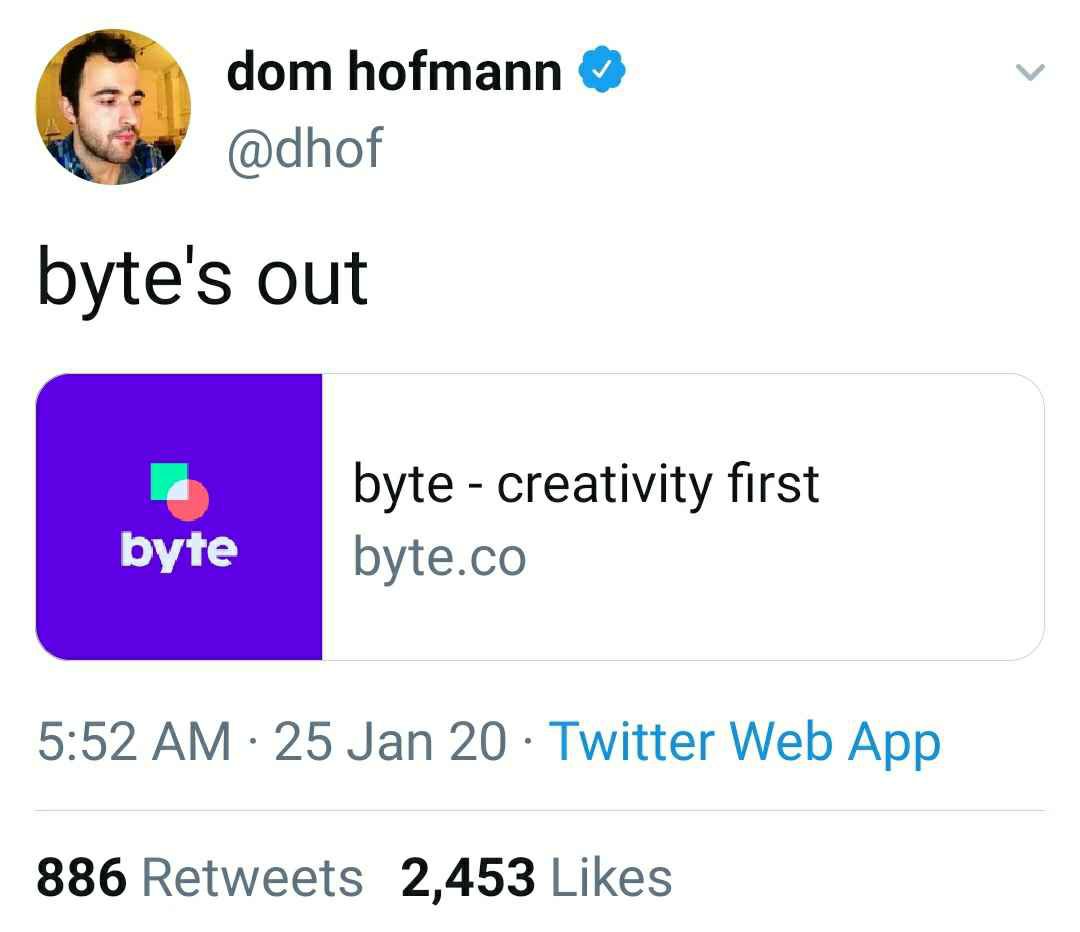 So, the return of Vine 2.0 aka Byte has also brought back 6-second looping videos and a new community for people who love them.

You can download Vine 2.0 aka Byte App from the links below.

However, the app is only available in limited countries now, if it is not working in your country you can use a VPN.