Vapor cloud is a hosting service built by the Vapor team. It uses AWS (Amazon web services) S3 for data storage. The service also has Swift installed as default to make deployment of your project as smooth as possible. Another noticeable feature is that it configures your database for you. This means that your service is up and running after answering a few command-line questions. All you need to have is a git repository that holds your code and you are ready to go.

However, here is some bad news for vapor users. Vapor announced on its official site that it will be shutting down all its services from February 29th, 2020. 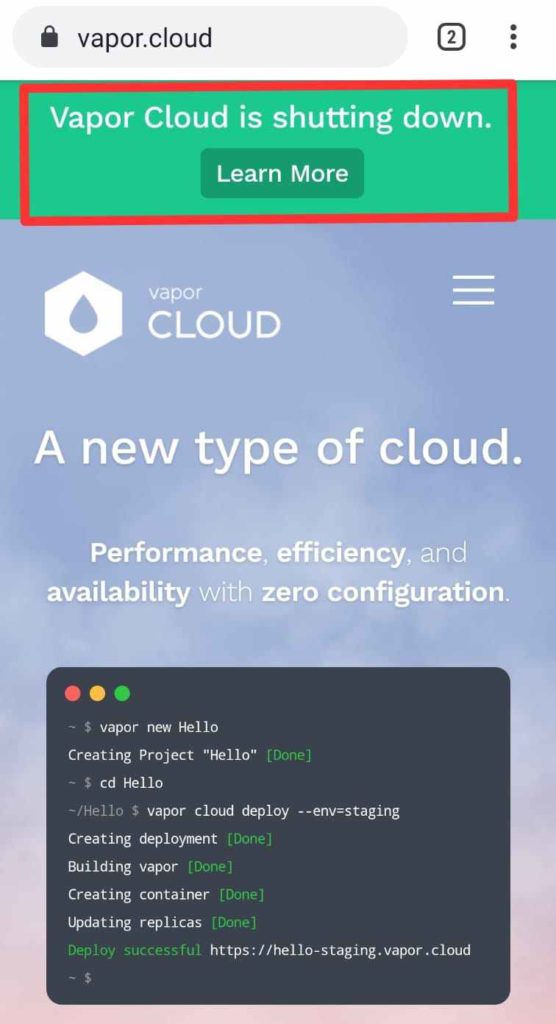 We are sad to announce that Vapor Cloud will be shutting down on February 29th. After Vapor Cloud shuts down, all active replicas, databases, and caches will become unavailable.

For more information on the shutdown, including guides for migrating to other platforms, please visit our docs.

Going forward, the Vapor core team will be concentrating its efforts on the framework and all of its open-source packages. This includes new, free guides for deploying to platforms like Amazon Web Services, Digital Ocean, and Heroku.

We greatly appreciate your support of Vapor thus far and we look forward to continuing to grow the framework with you.

Do let us know in the comments section below if you are a user of Vapor cloud hosting.