by Sahil Ghai
in Gaming, News

Riot’s First-person shooter is now a few months old and the developers already have long working hours as there is a new bug or visual defect almost every day. After a successful launch, Valorant’s journey has been quite challenging as they received praises as well as criticism from the community. But unlike Valve, Riot and their team of developers showed some responsibility and worked towards the desires of their users.

Recently, After the Act III update which comprised of the new map ‘Icebox’, a new stutter bug appeared and Reddit was flooded with threads where everyone was stating the same problem. This issue is very serious as it might affect the outcome of any particular game. A Micro-stutter is said to be occurred while at the start of the round and at several places on the map. 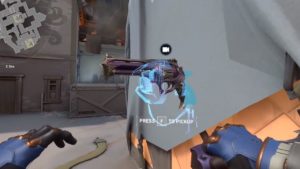 After analysing that is an issue with multiple people, Valorant’s social media team tweeted out on the behalf of their developer team. the tweet stated “A hotfix is coming later this week that should address the hitching problems that some players are experiencing. This fix won’t solve every instance of the issue, but we’re actively investigating solutions and working to resolve it as soon as possible.”

In response to this tweet, many professional Valorant players also made a statement. TSM Subroza who is a very famous professional reports athlete said:- “-fix micro stutters -put coach slots for scrims -fix restart game for scrims (puts us back on starting side after half is over) -Remove some crates on Icebox-take those crates and put some on haven c bombsite. -nerf Jett. gg ily”. Daps who is also a professional Valorant player responded to Subroza’s tweet saying:-” coach slots +1″.

This bug would be resolved in stages as riot has announced and we hope that you would enjoy the game on optimum visual peripherals soon.