Thousands of people come together to sign the petition

Infinix is a not so popular smartphone brand based in Hong Kong. However, the brand has been making quite a name for itself. This is because of the slightly aggressive pricing of the phones and the specs that they come with. Well, who doesn’t want to get the maximum amount of value for money from a smartphone? With not a very wide range of smartphones in the house, the Infinix Hot 8 is one of the company’s best offerings so far. However, it seems the device still doesn’t run on Android 10. Owing to that, users of the device are now signing a petition to get the Android 10 update. 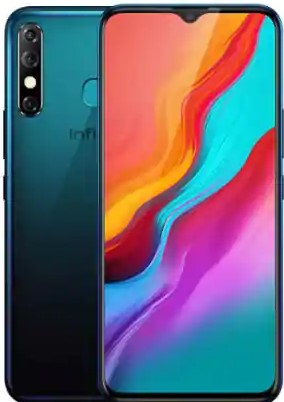 The Infinix Hot 8 came out back in September 2019 with Android Pie out of the box. It’s really bad to see how a device that is barely 10 months old has no signs for a major OS upgrade. While the brand might offer value for money smartphones, it is not that good when it comes to rolling out updates. Infinix is really horrible in terms of updates as compared to any other brand out there. Not just that, the customer support is just as horrible as their updates.

A few months back, a user tried to ask @InfinixIndia about when they would possibly roll out Android 10 for the device. Sadly, the brand did not share even a single piece of information regarding the update. That’s, not something you expect from a brand. Other brands at least used to provide users some probable timeline when the update would possibly roll out. 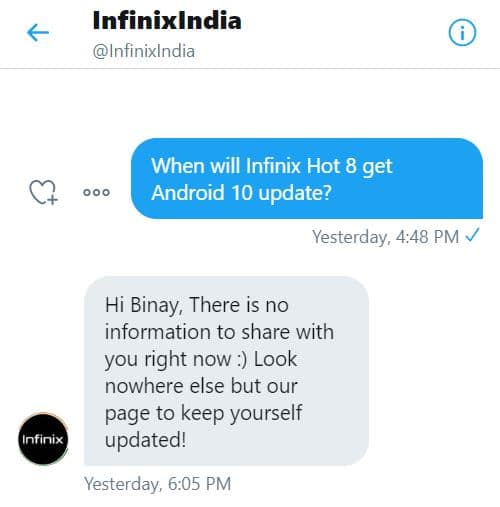 With still no signs of Android 10, users are now signing a petition to get the Infinix Hot 8 Android 10 update. Users are demanding the latest XOS 6.0.1 based on Android 10. In the past, we have seen a lot of other such petitions by users to get updates. Many times, the brand does roll out the update as well. Let’s see how things go with Infinix.

As of now, as close as 1300 peoples have already signed the petition. You can check out the petition right over here and sign it if you are one of those users. Until then, the device will continue to run on the in-house XOS 5.0 custom OS based on Android Pie. Well, stay tuned to get all the latest updates on Infinix Hot 8 Android 10 update right over here.