Are you facing Error Code Boring-Pastrami? Read this article to find the fix

The Watch Dogs series first came on the 27th of May, 2014. It became an instant hit in the gaming world, with many gamers buying and downloading the Ubisoft creation. The much anticipated Watch Dogs 2 came on the 15th of November 2016. Last year, Ubisoft Toronto finally brought out their third part of the sequel, Watch Dogs: Legion. Based in the city of London, Watch Dogs: Legion takes players to a dystopian, futuristic London. 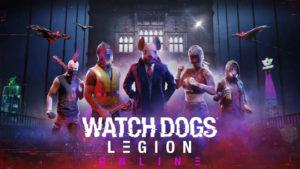 But user experience can be hampered by errors. Watch Dogs: Legion players have reported various error codes. Some of them are addressed by Ubisoft Support. Customer care focuses on the cause of the error. But some errors do not get addressed. Error code Pastrami is one such error. Read this blog, as we talk about fixing this cross-platform error.

Error code Boring-Pastrami can stem from a weak internet connection issue. Ensure a stable connection, since weaker connections can lead to server issues. We would recommend you wired broadband connection for the best experience.

Although Ubisoft Support is yet to address an official statement regarding this error, gamers can look forward to these tricks to solve Ubisoft Error code Boring-Pastrami. Hope this article was able to help you in fixing this error. Read more, and stay tuned with DigiStatement, as we talk about the latest games, updates, mods and error fixes.

Call Of Duty Modern Warfare Dev Error 6456: How To Fix It?