Everyone was happy and planning for the new world but something happened. The raw scan page for chapter 176 of the manga ‘The Promised Neverland’ just dropped and it seems someone is going to die before making to the new world.

So in this post, we are going to talk about ‘The Promised Neverland’ Chapter 176  release date, raw scans, and spoilers. We will be looking at the spoilers now so if you do not like them you can scroll further down for more information on the release of the upcoming chapter.

Before looking at the raw scans, let’s first discuss chapter 175 of ‘The Promised Neverland’. We found out, Lewis announces the abolishment of the farm system and Musica as the new Queen, Grand Priest does the coronation. Both demons and humans are happy that they finally put this system to an end and are free from the 1000 years of suffering. All the demons will receive the cursed blood so that they don’t need to eat humans anymore. We get to know that Lewis also had 2 cores that’s why he was alive. Emma finally meeting up with Phil, see fulfilled her promised to Phil that is coming to save him in 2 years. 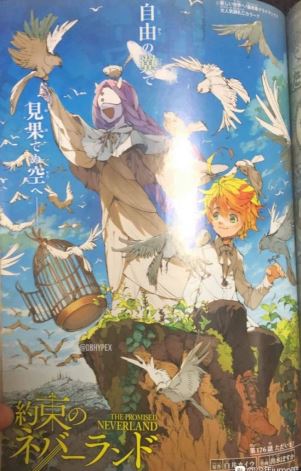 Now let’s look at the new cover page and raw scan pages. This time the new cover page shows Emma and Musica together with free birds around them out of their cages, which shows they are finally free from the suffering both Emma and Musica. On the 1st  and 2nd  page, we see Emma and other children reunion with Phil. On the 3rd page, We see children are excited and happy after finally having the whole family together including mother Isabelle. But little do they know this isn’t gonna last long. On the 4th page, a demon who was walking beside them suddenly attacks Isabelle. Emma looks shocked seeing this sudden turn of events. 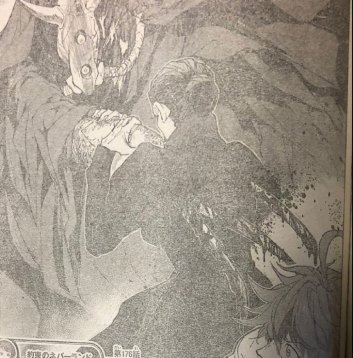 In the next chapter, we will see what causes that demon to suddenly attack Isabelle. Maybe he was going to kill Emma but Isabelle took the hit protecting Emma. Is a new enemy going to show up and who could it be? We are left with many questions. 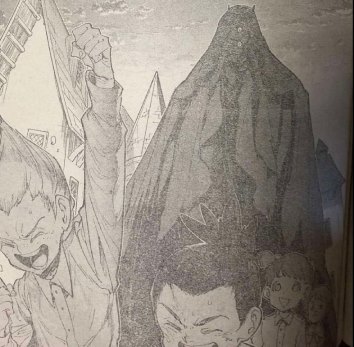 The usual release schedule for the Manga releases a new chapter on a span of 7 days. The latest chapter released on the 12th of April 2020. But due to some issues, the new chapter 176 got delayed for a month, scheduled to be released on 10th May. 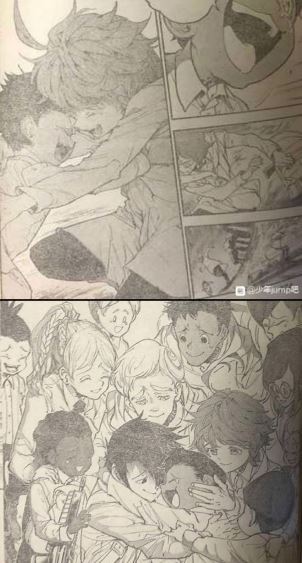 WHERE TO READ THE PROMISED NEVERLAND CHAPTER 176