It all started in the month of August’20 when veteran referee Michal Slowinski and ESEA’s software development specialist Steve Dudenhoeffer, two individuals on an independent and voluntary mission to find the illegal use of the coaching bug after being reported by players and coaches of professional teams in private. There are claims that the bug or some kind of clone of the bug started in 2016, but this has been impossible to verify by Valve or any other verified source or tournament host. The duo spent approximately twelve hours a day each for three weeks going through 1,500 match demos, and that effort produced several discoveries which showed that some coaches have been taking advantage of that bug and exploiting it to favour the performance of their teams and giving them mid-round calls to change their position or approach into the round. 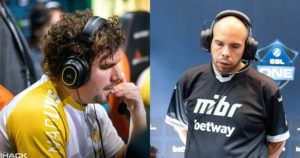 After ESL Cologne 2020 final, Just after Heroic had won the tournament, ESL and DreamHack announced that three coaches had been banned from their competitions for using the coaching spectator bug for competitive advantage. Hard Legion’s Aleksandr “⁠zoneR⁠” Bogatiryev received the harshest punishment, a two-year ban after it was discovered that he had abused the bug on six maps across three matches in ESL One: Road to Rio – CIS. Heroic’s Nicolai “⁠HUNDEN⁠” Petersen was banned for 12 months after using the bug in ten rounds of one map during DreamHack Masters Spring, while MIBR’s Ricardo “⁠dead⁠” Sinigaglia was banned for six months for a single-round use in Road to Rio – North America.

End of the Day the organisation at which is at fault the most should be “Valve”. They should acknowledge and accept mistakes done by them at the developing end of the game at custom servers whether online or on LAN.