T-Mobile is the largest 5G network in the US and it aims to provide 5G access to 99% of Americans by 2026. It is expanding its service to more cities quickly to cover a large area and solve many network issues. It is also working on IoT devices and has also partnered with LG, Motorola, Oneplus, and Samsung to make 5G devices with T-Mobile 5G data packs. In April this year, it acquired Sprint network and both the companies started sharing their network signal. So, if you are a Sprint user, you can also connect to the T-Mobile network. The point is that the company is working hard in gaining users and making the network faster. But, despite this hard work, users are facing some bugs from time-to-time and today’s article is about a new bug.

T-Mobile subreddit is filled with numerous reports where users are unable to send text & getting a message “Unable to receive the message – Message Blocking is Active”. According to some users, it is due to the Family Allowance feature which is causing the issue. But for some users, it is happening even without that feature.

A user Bridge__burner posted on a T-Mobile subreddit, “Anyone else having issues sending and receiving text messages? Getting this error when texting other T-mobile users.” He also shared a picture with this post. 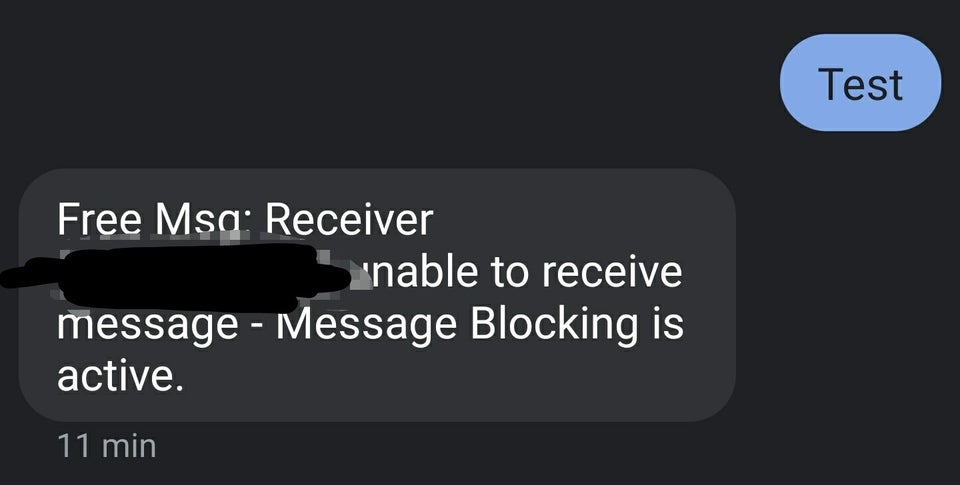 Another user Jman100_JCMP said that the user can try turning the phone off and on again to fix this issue. He said that the T-Mobile subreddit moderator has confirmed that engineers are aware of this issue & it is majorly affecting T-Mobile ONE plans users. Engineers are taking all the necessary steps to mitigate the issue at the earliest. Steps have been taken to mitigate the issue, please power-cycle your device and try again if you are still seeing the issue

The T-Mobile support is saying that it is a known issue and they are trying to fix it. If you are a T-Mobile user and facing the same issue then you can try the rebooting your phone or turning off the Family Allowance Feature to see if that solves the problem.

We are constantly tracking this matter & will update you with more information whenever it arrives. Follow our website to get technology updates as soon as we publish them.