Surgeon Simulator 2 : How to play with friend steps

Surgeon Simulator 2 : Access All Areas was released for the Xbox on September 2. But with any new releases, there are still bugs and glitches that need fixing. After a fresh install of the game there maybe some issues like  Surgeon Simulator 2 : Access All Areas is not loading, authentication failed, slow load times etc. Some of these issues have been acknowledged by the developer and they have insured players that a fix is coming soon. 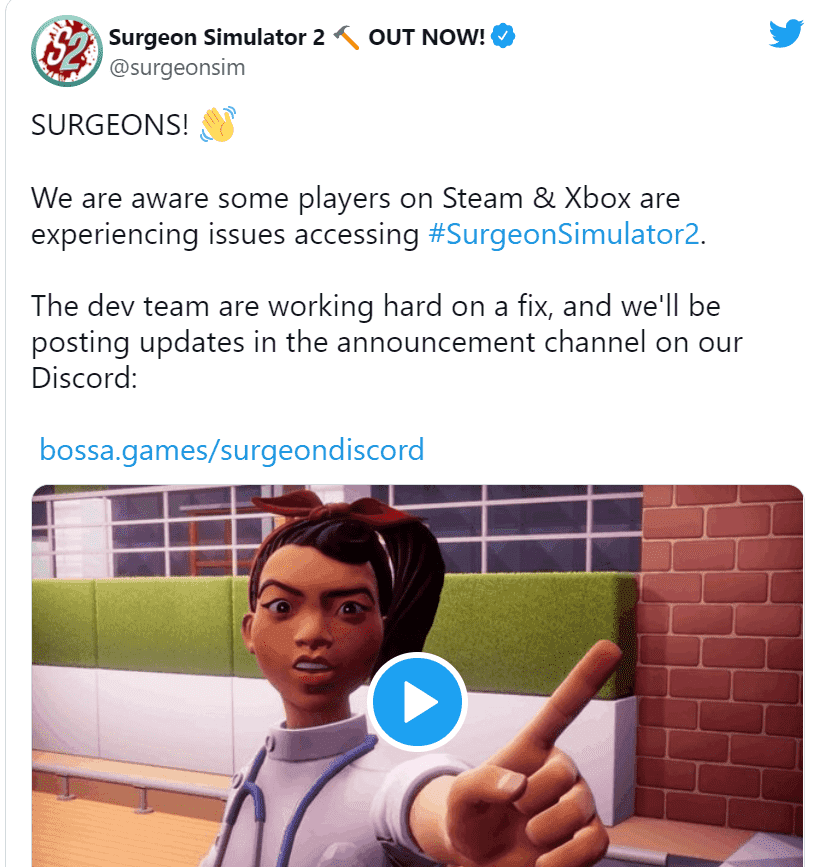 Here are some fixes and solutions that are available online :