Steam screenshot uploading error : How to fix it

Steam is a digital distribution network for online games which was developed and launched by Valve in the year 2003. It has also evolved into a web-based and mobile digital storefront. Steam provides services such as digital rights management (DRM), server hosting, video streaming, and social networking. Although Steam has become one of the famous platforms which have a huge user base, it is enclosed with some errors. One of them is the Steam screenshot uploading error. If you are facing this error too and want to fix it, we have some solutions in this blog for you! 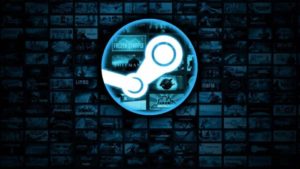 Steamworks is a freely available application programming interface (API) that developers can use to integrate many of Steam’s functions into their products, such as in-game achievements, microtransactions, and support for user-created content via Steam Workshop.

It also allows the user to install and automatically update games, as well as access to community features such as friends lists and groups, cloud storage, and in-game voice and chat functionality.

Although it was initially designed for use on Microsoft Windows, versions for macOS and Linux were later released. In the 2010s, mobile apps for iOS, Android, and Windows Phone were also released. Other content available on the platform includes design software, hardware, game soundtracks, anime, and films.

What is the screenshot uploading error in Steam?

When you try to upload any screenshot on Steam, it doesn’t let you and shows that there is a problem with the Steam Cloud.

Though this is a very nerve-wracking issue, it can be caused from the user’s end as well from the Steam servers.

How to fix the screenshot uploading error in Steam?

Although there are no patch updates available for this error, some solutions have worked for users facing this issue.

The poor internet connection can also cause this error in Steam.

Sometimes the antivirus and firewall can interfere with the Steam uploading process. Make an exception in your firewall or disable it completely till the time you upload your screenshot.

Method 3: Wait for the Servers to go live

It is a possibility that Steam servers are down or there is traffic on the servers. Wait for some time and then try to upload the screenshots again.

These steps should have helped you fixed the error in your Steam.

Steam DualShock 4 error : How to fix it