The Steam platform is the largest digital distribution channel for PC games, accounting for over 75% of the market in 2013. It was launched as standalone software in 2003 by Valve. It also allows the user to install and automatically update games, as well as access to community services like friends lists and groups, cloud storage, and in-game voice and chat functions. Though its fame and user base from all over the world, it faces some issues. One of the errors is the ‘Steam 0mb disk space’ error. If you are facing this error too and want to fix it, we have it all covered in this blog! 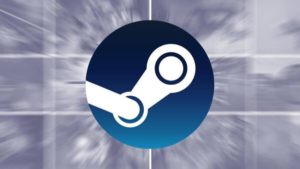 Steam is a digital video game distribution service by Valve which was developed and launched in 2003.

Steamworks is a freely available application programming interface (API) that developers can use to integrate several of Steam’s functionalities into their products, such as in-game achievements, microtransactions, and support for user-created content via Steam Workshop.

What is the Steam 0mb disk space error?

When trying to download a game in Windows 10, one of the most common issues people have experienced is the Not enough disc space problem, even though there was plenty of space on the machine.

Although there is no patch available for this error, we have some solutions for it.

How to fix the Steam 0mb disk space error?

Follow the below steps to fix the error in your Steam.

This will clear the cache of Steam and resolve the error.

First, launch Steam and go to the Settings.

Then, in the left panel choose Downloads.

After that, right-click on the ‘Steam Registry C:Program Files (x86)Steam’ and select Repair Library Folder.

Once the process is finished, restart Steam, log in with your credentials and start the game download again and check if the issue has been resolved or not.

Steam screenshot uploading error : How to fix it

Is Apex Legends dying in 2021 : Here’s what you need to know

Is Apex Legends dying in 2021 : Here's what you need to know