Stardew Valley is a hit farming RPG game developed by Eric “ConcernedApe” Barone. It was released for Microsoft Windows in February 2016. The game was later released on macOS, Linux, PlayStation 4, Xbox One, Nintendo Switch, PlayStation Vita, iOS, and Android. Stardew Valley is still one of the most popular RPG sim games on all platforms. The game has an 89 Metacritic score on PC. It’s an open-world farming sim game where you choose your own path.

The fishing mini-game in Stardew Valley is one of the most fun aspects of the game. Fishing in the game requires bait to catch more valuable fish. 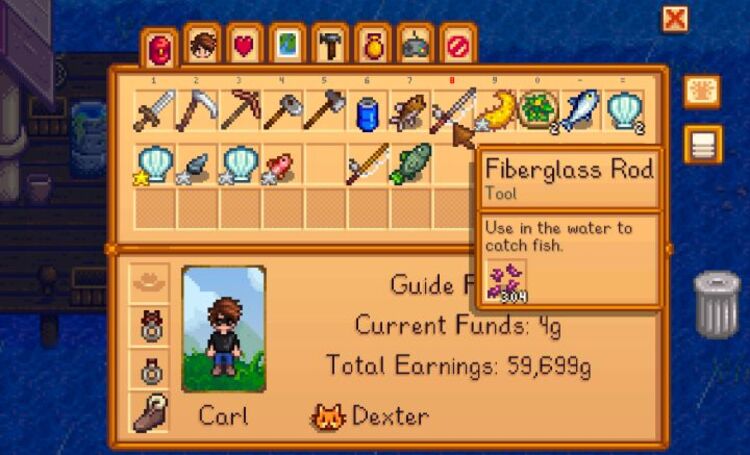 Attaching bait to the fishing rod on PC

Attaching bait to the fishing rod on Xbox

On Xbox, players should press A on the Xbox controller to select the stack and then press X, to attach it to the rod. That’s all there is to know about bait in Xbox.

Attaching bait to the fishing rod on PlayStation

On PlayStation – players should press X on the controller to select the stack and then press the Square button. This attaches the bait to the rod. That’s all you have to do on PlayStation.

Attaching bait to the fishing rod on Nintendo Switch

On the Nintendo Switch – press A on the bait to select the whole stack or Y to pick up a single one, then Y to attach to the rod. Then you’re ready to fish on the Switch.

Learn how to fish in Stardew Valley on Mac here.