Starbase developed and published by Frozenbyte was recently released on the 29th of July 2021 as an Early Access game through steam and is currently in a clear Alpha stage.

The game is a space Massively Multiplayer Online (MMO) game with a fully destructible and infinitely expanding universe, the game consists of basic MMO elements such as farming, building, and PVP. The game is set in one universe where you can interact with thousands of other players. as well as build your own ships and stations with an in-depth building system available for players.

Start factions with your friends, command fleets of ships, fight against other players and explore the never-ending depth of the universe. This game has a lot to offer and has already published its roadmap for the game.

Players are however running into issues and bugs with the game, which is to be expected in an Early Access game, especially one that is in an Alpha stage. 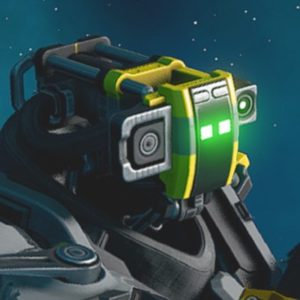 Players of the game voiced their complaints regarding the starbase inventory not working on the community forum, they were not being able to take anything out of their station’s storage and add it to their inventory and if they picked an item up, it would get deleted.

Many players weren’t happy and were overlooking the fact that they are playing a game in its earliest stages, however, a developer chimed in and mentioned in the forum that they are currently looking into the problem and are working towards fixing it.

As of today, there is still no fix that has been issued for this problem but does expect one soon enough as it is causing a major issue with the gameplay experience and could quite essentially push people to refund the game itself.

You can purchase the game through steam for 34$ as they are having a 10% discount for launch.

Minecraft: How to install Realistic Graphics Shaders or mod

Minecraft: How to install Realistic Graphics Shaders or mod