Sony is a pioneer brand in the world of tech. From music to gadgets to accessories, Sony is immensely popular with a huge fan base. Though smartphones haven’t been the prime focus for the brand, almost every other field is where users prefer Sony. From headphones to the camera, the quality destined by Sony is too good. Above all, Sony has partnered and contributed a lot to Android development and projects too. Sony is popular not for mobiles, but for the works, the brand has contributed to the entire tech world.

Though not official, Sony implements pushing two software updates for its devices. Based on that, here we are with a list of eligible devices to receive the Android 11 update. But first things first, check out Android 11 Features and timeline.

The official timeline of the Android 11 update release was released long ago. As promised, Google finished the release of three Developer Previews this month (April 2020). The Android 11 Beta will release in May, whose second and third versions will be launched by the third quarter of 2020. Q3 marks the launch of the Android 11 stable version for smartphone devices. Sony will be among the firsts to provide an Android 11 update. You will find out why below. Above all, Android 11 will come with various features and improvements that the users are already excited about.

Enhanced dark mode, scoped storage, and reverse charging are the three new features that Google teased a year ago. It is great to see how they’ve finally brought them into implementation. Specifically, users will be able to schedule and customize the way they want the modes to switch. Also, the chat bubbles feature has been made available for every form of messaging and messaging apps. Above all, users will get to see various improvements rather than new features. You will be able to mute notifications will recording. Switching to Aeroplane mode will no longer turn off Bluetooth. There are various other features that you can check out in the link given below.

There are not many smartphone devices because Sony has limited the launch of mobiles. But under the Xperia series, there are various devices that will receive Android 11 update. Check the list below. Also, the reader needs to know that the official list isn’t available yet. 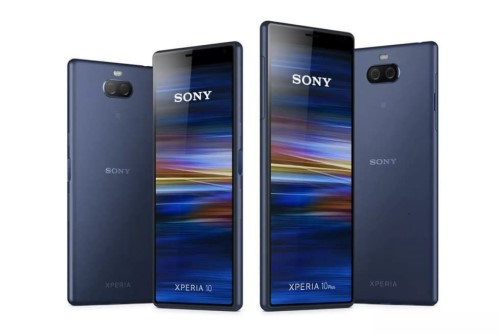 Above all, Sony has a couple of devices lined-up for 2020. The upcoming smartphones will boot on Android 10 OS. Hence, there are more devices to launch this list.

Google named Sony as the standout AOSP partner in 2017. The brand has been contributing immensely to the Android development Android One project. Therefore, Sony will be the firsts to provide Android 11 updates for its devices along with Pixel devices.

Sony devices have always received OS updates within three months of Beta release. We can expect Q3, which is the release of an Android 11 stable version, as the official time around which Sony devices will get the update.

Rest assured, we will update the list of devices with time, so stay tuned. Also, share this article with all the Sony users!