Solus is an independently developed operating system based on the x86 architecture. It is developed on Linux based kernels. Ikey Doherty and other developers of the operating system have stated that Solus’s developement was focused on personal use computers. The OS does not include programs that are only useful in enterprise or server computers.

Flatpak is used to reassemble third party application which increases availability of softwares. eopkg the package manager of Solus is based on the PiSi package management system. The OS comes pre-installed with latest versions of applications like Firefox, Thunderbird and more. Additoonal software can be downloaded through the Software Center.

Solus’s 4.2 version has been released and made available to download. It brings a ton of new features like new desktop environment updates, software stacks, hardware enablement and more. 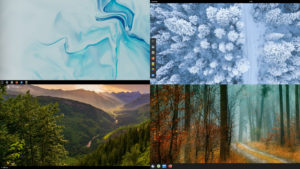 Some of the changes in the latest version are as follows:-

3. Automatic switching to HDMI being disabled by default.

Caja can now show thumbnails in its list view.