Readers read at your own risk spoilers ahead.

History of the ant is as follows:

One year before the Korea-Japan united raid team came knocking on the island….

Other lifeforms that should’ve served as their food source had all disappeared from the island, and the incidents of its children devouring each other occurred frequently now. There was no source of food on this island to sustain the citizens of the queendom now that its population had swelled up to several thousand strong.

However, the queen remembered. It remembered all the powerful invaders that stepped on the island several times before.

The queen’s forces managed to repel them, but the nation had to suffer great losses as well. Far too many of the queen’s children had to be sacrificed. Would its children be able to defeat those beings if they went to another land?

It needed a single most powerful soldier to lead the citizens of the nation. And so, the queen decided upon the direction of their evolution.

Half a year later.

By gathering the magic power it already possessed, as well as all the nutrients it had amply absorbed before, the queen gave birth to a brand new life. It was the greatest combat weapon imaginable, born solely for the sake of dealing with strong humans.

The queen’s determination to create the most powerful soldier there was, combined with the original order of killing all humans it heard in its head, created a horrifying monster that simply exceeded all common sense.

The monster was born with the skill, ‘Gluttony’.

By consuming its opponents, this new monster could turn their magic energy as well as a portion of their knowledge into its own.

– ‘I want to become stronger.’

We can see that the ant was born with the skill “Gluttony”. As mentioned in the previous chapter he is able to consume his enemy and steal their knowledge and power. Thus, using this the ant consumed his own kin first and then began consuming humans. His power levels began rising drastically. And now that his queen was dead he was enraged and was seeking vengeance to the point where he was able to kill Goto ( a too strong S ranker ) very swiftly.

But now the ant has killed nearly many powerful humans…

He was questioning himself.

Up until that point, ‘he’ was a soldier of the queen.

But now, with the queen’s death at the hands of the humans, what should ‘he’ call itself now?

A sole existence that must lead the remaining soldiers of the queendom. ‘He’ only knew one word to denote such an existence.

‘He’ had killed off the enemy king already, so ‘he’ had definitely satisfied the requirement to become one now.

The ant king bit onto the head of the remaining human. But, then….

Suddenly, the ant king’s head swiveled in the direction of the ant castle. There was an enormous aura rushing out like a fierce storm from where the queen used to live.

That level of power couldn’t have come from a common foot soldier.

Immediately sensing that an enemy that could threaten itself had appeared, the ant king slowly rose up towards the ant castle.

The ant thought itself as the king. And as they say the bigger your pride the bigger your fall. Never underestimate your enemy. Maybe this would be the reason for the ant’s demise. For now, we can only expect that Sung has the advantage. But his enemy this time has similar skills like that of leveling up. Is it possible that the ant is hiding more skills?

Meanwhile at the broadcast station…

The TV station’s situation room used to be enveloped in the celebratory mood, but now, everything felt somber and dreary like a funeral.

The ‘live’ broadcast showing up on the viewers’ TVs suddenly got cut off with the entrance of a strange, winged ant monster. Understandably, they began flooding the station with phone calls of angry complaints and urgent inquiries.

The station’s director raised his head.

“So what? Are you suggesting that we should broadcast live the scenes of our Hunters getting ripped to shreds by a single ant monster??”

The broadcast got cut off just as the Hunters were getting one-sidedly beaten up by that mysterious ant monster. It was understandable that the curiosity of the viewers would skyrocket.

However, that didn’t mean they could broadcast the scenes of Hunter Mah Dong-Wook getting tortured, nor the moment that Hunter Min Byung-Gu got devoured.

The director buried his face in his hands and let out a helpless moan.

The Director was put at dire straits as we can see he was unable to do anything. So what do you think would have happened with the coming of Sung Jin-Woo? Will the forces and people gain their hope again. Will Sung really be able to put up a fight against the ant?. 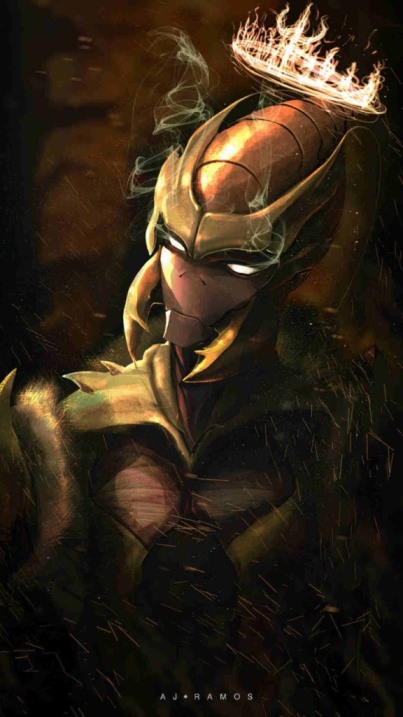 As for the broadcast station:

A Hunter’s sudden appearance was caught on the camera. No one could tell whether he was a Korean or a Japanese. Heck, it was unknown if he was a Hunter at all, but with his appearance, the director’s gamble that seemed to be over for good suddenly gained one last shot at the glory.

The director issued a new order with a determined expression firmly etched on his face.

He then pulled a chair closer to the producer and settled down there.

“Our station’s fate rides on that man, you got that?”

Will our solo leveler be able to conquer the Jeju island alone? Of course, he has his shadow army. That said the arise scene is expected to arrive too.

Wait patiently till then for the official manga chapter and till then Stay tuned for more updates. Chapter 101 official release is set on the 8th of January. And do tell us about your theories.