Destiny 2 is free to play an online multiplayer shooting video game. It is the sequel to Destiny and its expansions. Set in the mythical solar system, the game has PvE and Pv modes. Free Roam mode is also available in the game to explore the planets. It has four post-release contents out of which Forsaken and Shadowkeep are the large expansion and after the Shadowkeep release game was moved to steam with standard edition as free.

While exploring the moon in Destiny 2 Shadowkeep, you might have encountered a hive enemy called the Trove Guardian. Taking down this tough enemy will inform you that a path has opened. Trove Guardian doesn’t drop a chest once you’ve defeated it, you will have to roam around to collect the rewards.

This week’s location of Trove Guardian is Hellomout on Moon. To find him, just head to the location and you will find a huge enemy hive with a yellow bar. Just eliminate him. 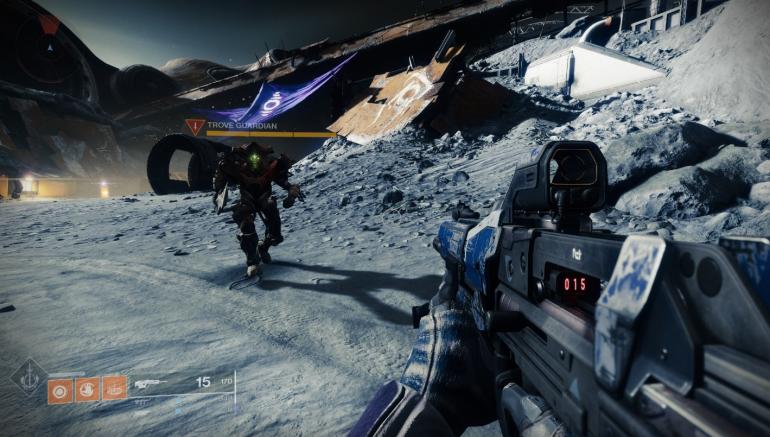 After defeating him, you have to roam around to find the Trove Guardian chest.

Once the enemy is eliminated, explore the surroundings. There should be a long floating platform. Just jump on the platform and you will be headed to the loot area.

The chest doesn’t offer anything good, it’s similar to the loot offered in public events and boss eliminations. , I got some blues and a phantasmal fragment. The fragment is Eris Morn’s resource that is used for crafting new gear with Lectern of Enchantment.

The location will rest next week. Till then enjoy.