SnowRunner is a realistic survival simulation where you are placed inside a vehicle in extreme weather conditions and are expected to survive the trip to your destination or to the objective. It is an ultra-realistic game which takes all aspects of simulation seriously with the player even having to toggle their lights on in the dark and without prompt. It is this realism that has kept the game popular and supported with various updates and DLC released regularly for the game. In this article, we are going to be taking a look at SnowRunner: How to turn off roof lights. 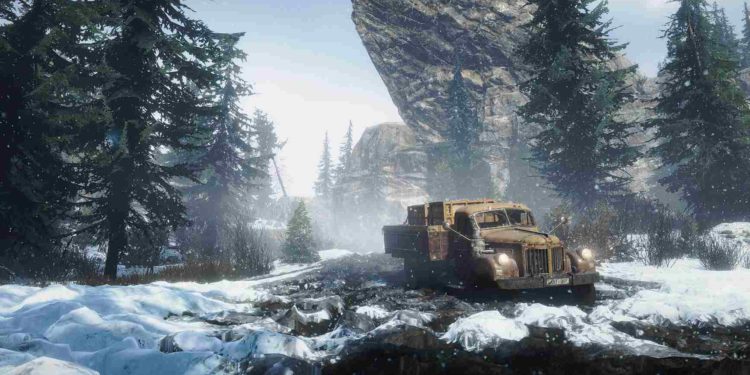 SnowRunner is known far and wide for being one of the most realistic driving simulators of all time with it receiving praise from some very hard to impress critics. It relies on this realism as its main selling feature and surrounds the game with realistic mechanics and situations which test the players’ presence of mind and wit in dealing with them. The player has to not only keep track of the elements and the fuel but also how much grip the tires have and how fast the wheels are spinning when traversing the hostile and unforgiving landscape of SnowRunner.

Since SnowRunner is available on various platforms, there are different controls depending on which platform you are playing on. If you are playing from Xbox, the toggle to turn on or off the lights is LB and B. On PS4, it is L1 and Circle. On PC however, the player has to rummage through the entire controls screen before they can acquaint themselves with the control to toggle their lights ON/OFF. Once you are familiar with the toggle for the lights, you can press the button repeatedly to cycle between the various modes and stop at the one that best suits your situation. Well, it is important to note that in some cases the roof lights might just be a prop and the actual headlights are in the front of the vehicle.

It is a little surprising that the developers chose to omit this very important keybind in the tutorial and leave the players to fend for themselves but it does blend with their simulation theme since it is common sense to turn on or off the lights as the situations demands. It would have still been desirable for the developers to have made some mention of this in the game other than in the obsolete and difficult to find control menu.

Pokémon Unite error code 2101: How to fix it

Pokémon Unite error code 2101: How to fix it