American Truck Simulator is yet another simulation game on par with Euro Truck Simulator which was already critically acclaimed by fans of the driving simulator genre. It is an updated and improved version in almost every aspect but with special emphasis given to the driving look, sound, and feel which is what makes it such a memorable simulator and driving game. It is about you, the player delivering cargo across the US driving a big truck. In this article, we are going to be taking a closer glance at the trending question- Can you use mods in ATS convoy? 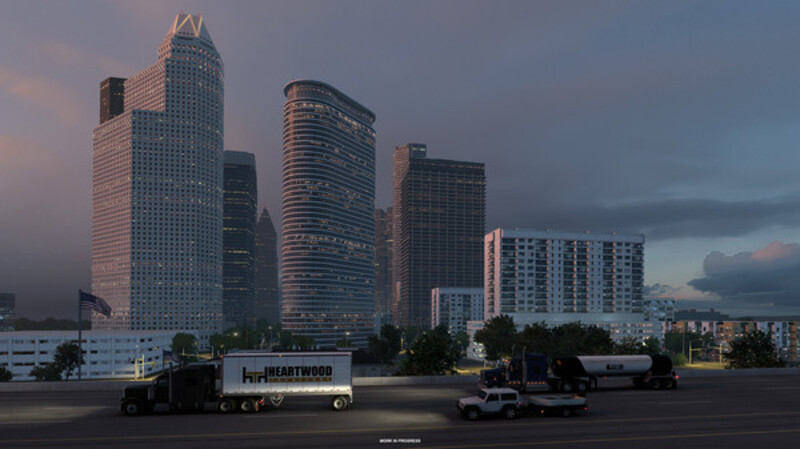 The Developers of ATS at SCS Software have made it very clear that they intend to nurture and support this game with regular updates, DLC, and other post-launch content for the game. The most notable addition and the topic of this article is the convoy mechanic which makes the game an effective multiplayer with up to 8 players being allowed to join a hosted session (including the host) and play the game together. Although the implementation of it is janky and leaves much to be polished and desired, it is thoughtful of the developers to include this feature. Well, fans of the game are wondering if the Convoy mode supports mods.

In a patch note for the update, the developers of the game addressed many important issues regarding the convoy system and how the game would be affected by it. It was mentioned there that the game would end if the host left the session and the existing AI traffic may disappear when players join the convoy. It also said that bridges that would normally need to be lowered or raised would function as stationary bridges in the convoy and not move at all. In addition to this, they also mentioned that they intended to increase the limit of players in a future update as they were confident this game would remain popular and relevant in the future too.

The devs did make an official statement regarding mod support in ATS Convoy seeing as the game allows mods in the single-player mode. Despite the game being capable of running these mods, they would not work on a convoy session as the developers have not implemented support for mods in Convoy sessions, for now. However, they have mentioned that they will eventually bring mod support for the Convoy mode but no specific date has been announced.

American Truck Simulator (ATS): How to sleep at garage