Sea of Thieves is an open-world exploration RPG that is based on the lives of pirates. The game makes you the captain of your own ship and makes you complete missions and quests. These quests are in the form of voyages for trading companies. However, a lot of players are facing an error where their game is not updating from the Xbox App. In this article, we are going to be taking a look at how to fix the Sea of Thieves Season 7 Not Updating From Xbox App error. 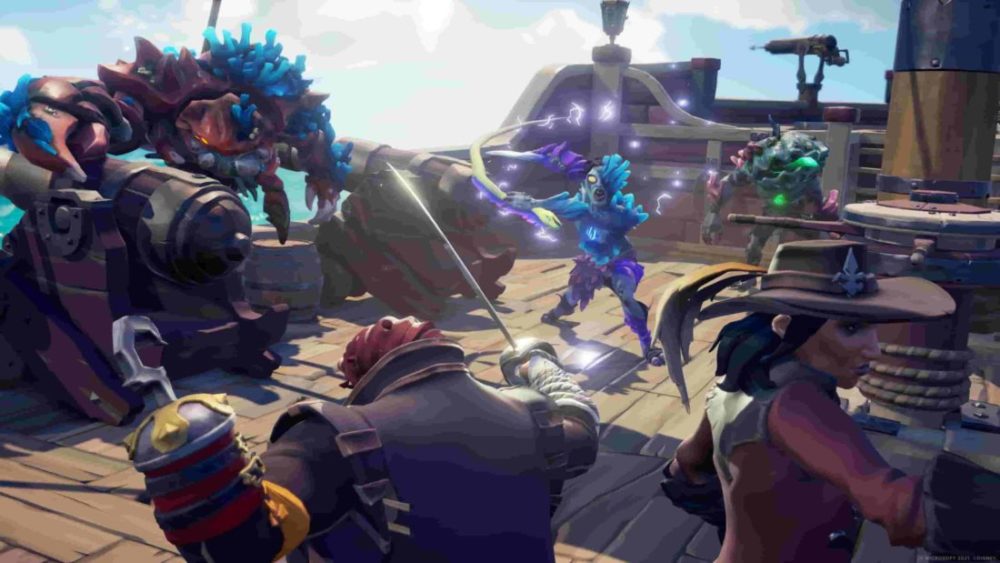 Sea of Thieves is on the Xbox App and Xbox store as a purchasable game. If you have the Xbox Game Pass or have already bought this game from either of these sources, you can update and repair the game from there. Because it serves as a kind of launcher, the game can be modified, uninstalled, repaired, or launched. Players have reported being unable to update the game since the launch of Season 7 of this game. This effectively makes it impossible for them to play since the game requires the latest version to play.

Luckily, there are many workarounds to this issue. You can also fix the issue entirely with a couple of the steps listed below. An additional point to note is that these steps are a generic solution and can cater to most people. However, if you are not able to resolve this issue, we recommend that you get in touch with the customer support team of the Xbox app and let them know you are having this issue. That being made note of, the list is as follows;

This is the first and most basic step. In case you are signed in with a different account on either of the two apps, you will have an issue updating the game. In order to make sure you are signed in on the same account, open both the Microsoft store and the Xbox app and sign out before signing in again.

2). Confirm that the date, timezone, and region are all correct.

Wrong date, time, or region can affect the way in which the Xbox app works and consequently, the game updates that are possible. Make sure these are all correct to avoid this issue.

The Cache of MS Store can be found in the following path; C:\Users\Username\AppData\Local\Packages\Microsoft.WindowsStore_8wekyb3d8bbwe. Go to this location and delete all the files there. Once done, try updating/ installing the game.

It is also possible that the Xbox App itself is outdated and needs to be updated. In order to do this, search for the Xbox App from the MS Store and update it manually. This may solve the issue.

Sometimes updating does not work and the app needs to be reinstalled for it to work properly. In this case, simply uninstall the Xbox App and reinstall it for the best results. You can also repair the app by going to Windows Settings and repairing it from there.

Updating Windows not only applies the latest security and other patches but also makes sure that all files are in working order. If there is a windows error that was preventing the Xbox App from working properly, those files and permissions will be updated. Because of this feature, it is worthwhile updating Windows whenever there is an update queued.

There are some additional tips for those that are a little advanced with their computer knowledge. They are listed as follows;

This will run a full process and once it is done, you can try updating the game again.