Sea of Thieves: How to get Captain’s Voyages

As the water bodies in Sea of Thieves are vast and deep, so are the adventures that you can embark on and earn rare loot. The captain’s voyages in particular are some of the hard-to-get voyages that allow you to take on a variety of quests and objectives to expand your influence in the game and are completely different from Trading Company voyages. They are exclusive to the Captain and their crew members. If you’re planning on getting Captain’s Voyages and have no clue where to start, our article has laid out everything that’ll help you in securing them. Continue reading the article to know how to get Captain’s Voyages in Sea of Thieves. 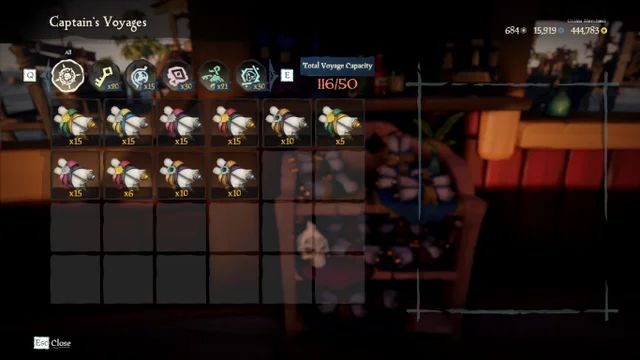 To put it in a simplistic way, Captain’s Voyages are a sort of collection of quests that allows you the freedom on how you want to approach your adventures. Depending on the type, length, and difficulty of the voyage, it can be quite easy or challenging and as the Captain, you can determine how you want it to play out. If your goal is to amass as much Gold Hoarder reputation as you want in a short period of time, you can get the quick X marks the Spot Captain Voyage to do so. The higher the difficulty, the more complex the quests will be and Captain Voyage has all sorts of quests that involve Mercenaries, Gold Hoarders, Order of Souls, Merchant Alliance, and lastly Athena’s Fortune.

How to get Captain’s Voyages in Sea of Thieves?

If you’re concerned about the scarce availability of the Captain’s Voyages, you can rest assured as it isn’t that difficult to obtain them in Sea of Thieves. You can freely do so from the Shipwright at any outpost in the game. If you come across any Shipwright, speak to them and look at their inventory and Captain Voyages shop. You can choose which ones to buy and the harder the voyage, the higher it will be priced so make sure to think about it carefully before finalizing the purchase.

How to vote on Captain Voyages?

Once you’ve decided on a Voyage that you’d like to use, you can propose it at the Captain’s table on your ship. Once they all vote for your Voyage, the journey will begin.

We hope that you enjoyed reading this article, stay tuned for more updates about Sea of Thieves, news, guides, and more at Digistatement.

Sea of Thieves: How to get Fleeting Fancy Achievement