Sea of Thieves is one of the most popular action adventure games that is available on the Windows & Xbox One. The game has been developed by Rare Studios & it has been published by Microsoft Studios.

In the game, a player takes the role of a pirate who completes voyages from different trading companies in order to become the ultimate pirate legend. It is a multiplayer game, in which players cooperate with each other to explore an open world via a pirate ship. 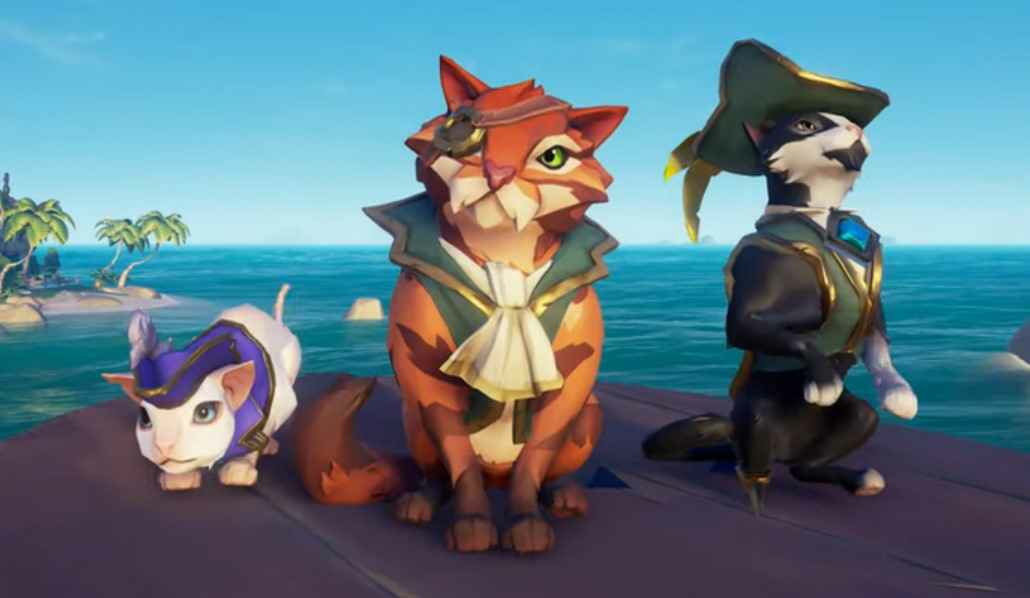 The Gold Hoarders, Order of Souls, Merchant Alliance and Athena’s Fortune Trading Companies are making their presence felt by allowing you to pledge a one-off fee and become an Emissary, sailing in the Company’s name and representing them on the seas! They’re even allowing loyal pirates to dress in their uniforms and decorate their ships accordingly.

As an Emissary you’ll be paid more for loot, with the bonus increasing as you improve your Emissary Grade by performing typical Company duties. The longer you remain a productive Emissary, the more you’ll earn when you cash in – and there are special cosmetics up for grabs as you climb the ranks! Furthermore, the hard work of all Emissaries is tracked in the Emissary Ledger, on the Reputation screen. A new Ledger opens each month, letting you see your current Emissary Value and the Tier it places you in. Rise through the Company Tiers, don’t let other Emissaries leave you in the dust and you can earn Titles and cosmetics when the month closes out!

GETTING STARTED AS AN EMISSARY

To become an Emissary, simply visit a Trading Company representative on any Outpost. If your rank is sufficient and you have the funds, you can purchase permanent Emissary status. This grants you the right to buy the costume of that Company and raise an Emissary Flag! Feel free to switch your allegiance between Companies as often as… well, a pirate.

You’ll find an Emissary Table nearby which allows you to see how many other Emissaries are currently sailing and raise your own Emissary Flag via a crew vote. From that moment on, you’ll see your Emissary Grade, which will climb as you do what you do best! Taking down larger-scale threats like mighty sea beasts, Skeleton Ships and Forts will also boost your Grade. Reach Grade 5 for the top rewards, including a lucrative Emissary Quest that can’t be obtained any other way.

Construction at The Reaper’s Hideout is finally complete and with it comes The Reaper’s Bones, a new Trading Company with a mysterious mandate. These masked individuals, passionate and yet strangely ceremonious, believe in ‘true piracy’ – the freedom to plunder and pillage without limits or shame! To Reapers, being a pirate is about living by your own rules, being true to yourself and embracing the freedom that the sea provides. Basically, less about digging up the treasure themselves and more about taking it from others.

The Reapers’ spokesperson believes that those with the willpower to take what they want will always burn brightest. To that end, The Reaper’s Bones actually offer better rewards for loot plundered from other pirates! The prizes they admire most, however, are Emissary Flags taken as trophies from sunken rivals. Bringing the other Companies down a peg or two will earn you new, darkly noble Reaper’s Bones cosmetics and titles. Will you be among the pirates who flock to their callous cause, or those who rally against them?

GETTING STARTED WITH THE REAPER’S BONES

Unlike other Trading Companies, you will not find representatives of The Reaper’s Bones on Outposts – though you may find their Emissary shrines. Instead, leave civilisation behind and seek The Reaper’s Hideout, marked on your map. Within the Hideout you will find the Servant of the Flame, the ‘face’ of this strange new cabal.

The Servant of the Flame can tell you more about The Reaper’s Bones, offer cosmetics and sell the right to become an Emissary. Crucially, they will also accept your loot and trophies taken from other pirates, awarding gold and reputation with the Company. Becoming an Emissary will speed your promotion greatly, but also reveal your presence to other crews. Grade 5 Reaper’s Bones Emissaries receive a rare and surprising boon, befitting their infamy and making them an even bigger threat to other Emissaries on the seas…

Each of the Trading Companies offering Emissary status are also now offering more promotions to loyal pirates! The highest rank has been raised to 75, giving those pirates who have previously mastered Companies at rank 50 the chance to earn additional promotions and five more Titles. The race is on to become the first of the new top pirates!

However, don’t worry if you’re not a Pirate Legend yet. Your target is no further away than before: earning 10 promotions in three separate Trading Companies still bestows Pirate Legend status and access to Athena’s Fortune

Lost pirates seeking Tall Tales will now get a little helping hand from map markers, displaying the starting location of any Tales you’re eligible to embark upon. Use the map in your ship’s cabin to follow the saga of these narrative adventures, or revisit one of your favourite chapters!

Meanwhile, tutorial information has been added to help new pirates learn how to vote on a Voyage (reducing unnecessary brawls) and how to quickly repair a damaged ship, from a horizontal mast to pesky holes in the hull.

Both Arena and Adventure modes now include reviving, meaning that it’s possible to rescue a downed crewmate! Perhaps the Ferryman has grown tired of ghostly pirates disrupting his brooding, because he’s allowing downed fighters a few precious seconds before their soul is summoned to his accursed vessel.

Act fast and you can save a crewmate a trip to the Ferry, which will also buy precious seconds during a fight – especially in the newly intensified Arena. Revival also denies an attacker the silver bonus they’d earn for a successful kill!

THE NEXT CHAPTER OF THE ARENA

With Captain Flameheart threatening revenge and The Reaper’s Bones rocking the boat, the Sea Dogs have reacted in the only way they know how – by making their own contests even more fast and frantic! Extensive tweaks to the Arena experience ensure that contests now play out differently and the chaos keeps on coming. And that was before they added Rowboats…

Contests have been cut to just 15 minutes long and take place in smaller spaces, so you’ll see more thrilling ship battles as crews clash over a single Glorious Sea Dog Chest, needed to earn game-winning silver. With only one chest available – marked at all times by a shining beacon – and one place to cash it in, you’ll need faster feet, tighter teamwork and savage swordplay to prevail. Be sure you can handle the heat, as quitting mid-contest will be frowned upon!