After September month every year, it is all joy for Android users! The launch of a new major OS always excites users, and the tradition continued this year as well. Pixel devices? Check! Android 11 already out! But other brands running on custom skins based on Android OS are just seeing tiny rays of update build based on Android 11. Talking about Samsung, the stable version of OneUI 3.0 (Android 11) has already been rolled out for the Galaxy S20 series. Beta testing has reached the final stage for most devices and the eligible smartphones will start receiving the update in the coming week.

But looks like the topic of OneUI 3.0 is already long gone as we already receive details and leaks about OneUI 3.1, a much upgraded and better build based on Android 11.

One of the Galaxy users reported an issue with their device on the South Koren community page of Samsung. They addressed an error they are facing with the night mode feature. As a reply, a Samsung representative has announced that this issue will be sorted via the OneUI 3.1 update. 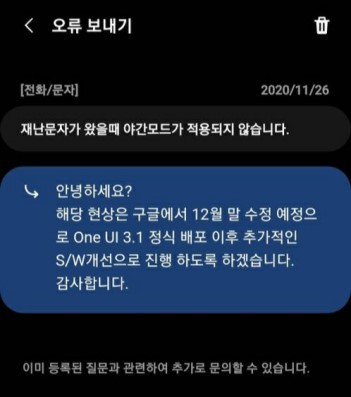 This update will be available by the end of December for some users and surprising news awaits for those who are looking forward to the next Samsung series in January!

The official list of eligible devices hasn’t been revealed yet. But it is announced that the OneUI 3.1 update will be released for the Galaxy S20 series by the end of December 2020. Also, if any other device receives the stable Android 11 update in the coming week, users of the same can expect OneUI 3.1 update at the same time in December. 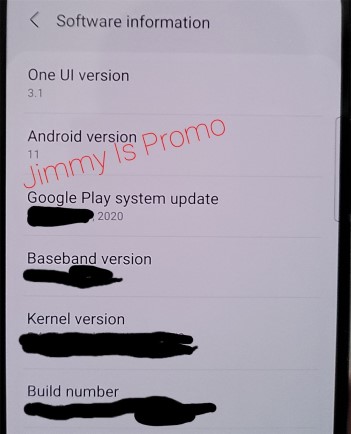 But the bigger news is that the upcoming Samsung Galaxy S21 series will be released in January with OneUI 3.1 out-of-the-box. Here are the devices this series will comprise-

The official list will be updated on this article once unveiled by officials.