It seems that Samsung isn’t going to wait for the next flagship smartphone to release the latest iteration of its custom mobile OS. Looking at the pace of the development, the company is expected to release One UI 3.0 later this year with Android 11, which is the latest Android OS upgrade.

Now, Samsung has started to update its native apps to support the latest OneUI. This new information is leaked by a twitter user Rydah, who leaks information related to Samsung’s upcoming leaks. He posted a tweet on Twitter which says,

And another app updated for OneUI 3. Samsung is teasing us. If you didn’t notice, this app (and Sound Assistant) are parts of Good Lock and typically get updated once the builds are close to stable. In this case, public betas might be for the feedback. pic.twitter.com/5Rhy8Y6Api 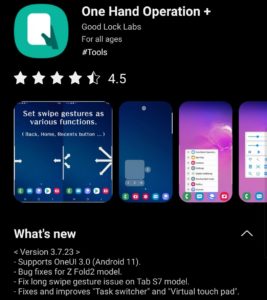 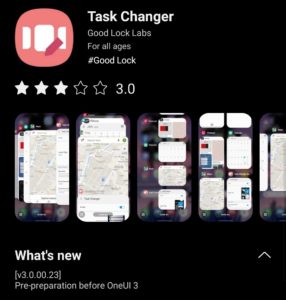 If you look at the update changelog of the respective apps, you will note that you get support for OneUI 3.0 and pre-preparation to support OneUI 3.0.

As mentioned earlier, OneUI 3.0 is based on Android 11. Android 11 gives a new refined interaction with UI, screenshots scrolling, and combining, better screen recording with internal audio capture and better one-handed mode are some other features that Android users are expecting. In addition to it, we get NFC file transfer, Chat bubble, Dark Mode, Battery and storage enhancements, and an Enhanced Do Not Disturb Mode.

One UI 3 comes with exciting new features from Samsung and Google based on feedback from users like us. For a better experience, Voice Assistant has been replaced by Talkback. You will get an improved Quick menu using multi-finger gestures with Talkback.

We post content related to Technology and exciting updates every day, so stay tuned! Also, share this article with all those who are waiting for this update.