The original Samsung Galaxy Fold was supposed to usher in a new era of foldable devices, but a rocky launch and an eye-watering price tag kept most people from picking one. But Samsung had much better luck with the Galaxy Flip Z, and successfully proved that it could make a foldable device that the mainstream audience would be interested in picking up. It even looks like that Samsung is going to capitalise on its success by rebranding the Fold 2 as the Galaxy Z Fold 2.

With Samsung posting a teaser to Twitter on July 19, we can be sure of the presence of a foldable device at Samsung’s Unpacked event on August 5. And today we got our first look at the Galaxy Z Fold 2 in its unfolded state. Posted by Twitter user @hwangmh01, the picture shows the boot screen of the foldable device. While not much else can be gleaned from the image, we do get confirmation of the device’s full name: Galaxy Z Fold2 5G, and its 5G capabilities. While the name is certainly a mouthful, fans will be certainly excited to get an early look. 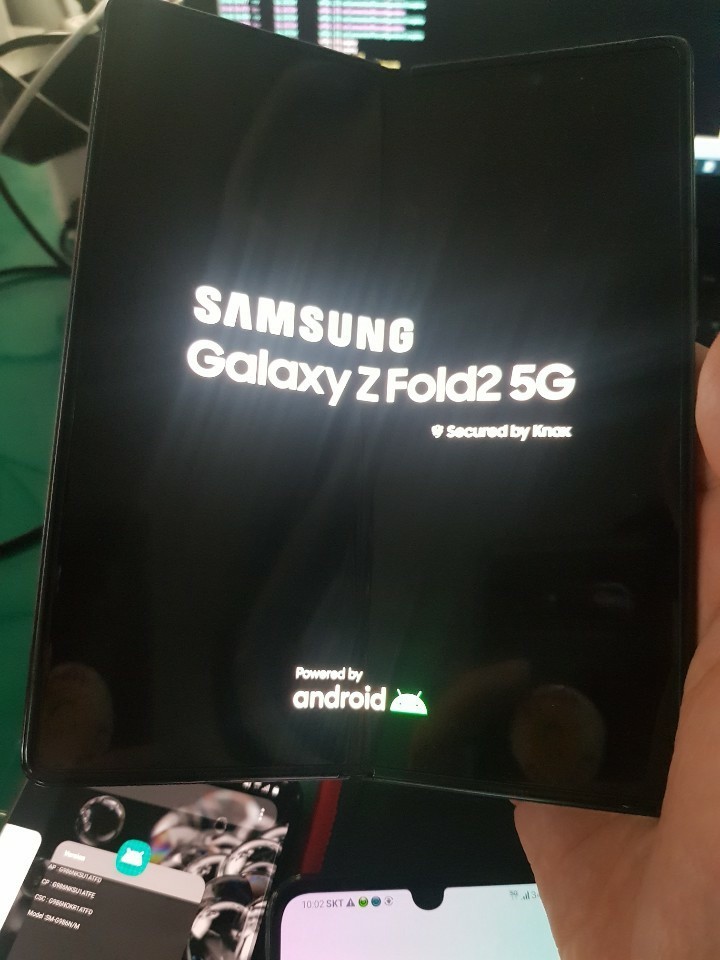 The Fold 2 is expected to bring several improvements over the original. While keeping a similar form factor, it is tipped to drop the large camera notch for a much smaller hole-punch camera. Both the displays are also expected to see an increase in size, with the internal display going from 7.3 inches to 7.7 inches and the outer display expanding from a tiny 4.6 inches to a much more respectable 6.23 inches. The small size of the outer display was one of the major complaints faced by the original Fold. And like all Samsung flagships launched this year, the Fold2 is also expected to get a 120Hz display.

Most important of all, the Fold 2 is expected to have a much more durable design and even a slight drop in price. While we are sure to know much more on August 5, we will keep our eyes peeled for any further leaks and rumours and make sure to let you know.