There’s always something cooking behind the scenes when we are talking about Samsung, luckily for them, it works out on most occasions than it doesn’t. Samsung has yet again rolled the dice hoping for another lucky shot. The Korean giant has released the One UI 3.0 (a beta program) for all its flagship users, precisely the S20 series. However, this update is only available in the US and Korea as of now. Samsung likes to call this the ‘pre-beta’ version and is being made available only to developers. The good news is that there was an announcement of the public beta version which will soon knock at your doorsteps too, but that is bound to take some waiting.

To avail this opportunity you will have to apply to become Samsung’s partner developer and you shall then wait for the company’s approval. 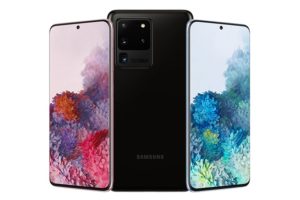 It is an enticing prospect for the ones that dig deep in their pockets and show some love for these flagship devices. The 5G enabled S20 series (S20/S20+/S20 Ultra) is a trendsetter and helps you make a social statement. The revolutionary camera setup has been the talk of the town for quite some time. The s20 and the s20+ have 64 MP cameras while the s20 Ultra houses a 108 MP camera. There is also an increase in battery life by a factor of 500 mAh in the ascending order of the three devices.

There was a time when Samsung faced a lot of criticism for lagging with software updates, but that hasn’t been the case in the past couple of years and such announcements only prove that Samsung is ready for any future challenge. Also, if you are one of the S20 series owners then we have you covered. To apply for the partnership, click here.

Xiaomi patents a smartphone with a triple pop up selfie camera

Xiaomi patents a smartphone with a triple pop up selfie camera