Samsung has started to roll out the new interface, Android 10 based – One UI 2.1. The software version for Galaxy M31 is M315FXXU2ATI4 & the version M017FXXU1BTI5 is for Galaxy M01s. This update also comes with September Security Patch. In the latest update, both the devices get many new features and there are also some improvements in the Dark Mode.

The Samsung Galaxy M31 was launched at the beginning of this year and came with Android 10 and the February 2020 security patch out of the box. After 2 months, Samsung released the April 2020 security patch for this device. And now, the South Korean Tech Giant has started to roll out this latest update. The update is a large 1.62GB in size, most probably due to the newer version of Android OS. The Complete Changelog for the latest update of Galaxy M31 is as below: 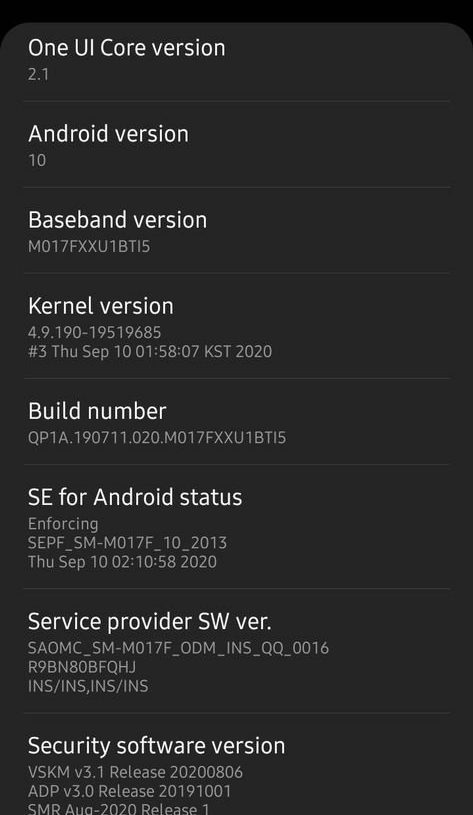 Along with the above-mentioned changes, both devices(M31 & M01s) received enhanced security & stability by smashing minor bugs. This update of the latest One UI 2.1 for Galaxy M31 & M01s is now available for the users in India. To check the update manually, go to the Settings – Software update and check for newer received updates.

We recommend users to check that they have backed up their data before attempting the download. And another point to note is that this update will not be available to everyone at the same time. So, if you are a user of Galaxy M31 & Galaxy M01s, and you haven’t received the update, then be patient and wait for a few days. You will get the update soon. Let’s talk more regarding this new update in the comment section. Take Care!