As time passes by, we keep witnessing new and fantastic innovations in the smartphone world. This decade saw some of the most amazing smartphone innovations and concepts. The entry of foldable smartphones marked a remarkable change in the industry. Well, to be honest, Samsung was one of the brands that pulled it off to the next level with foldable devices.  Yes, the device was not perfect, but were some really amazing pieces of smartphones. The Galaxy Fold and the Galaxy Z Flip were two of the most iconic smartphones Samsung has ever made to date. Well, it seems like Samsung is planning to top the charts yet again with its upcoming galaxy smartphone: the Galaxy Fold 2. 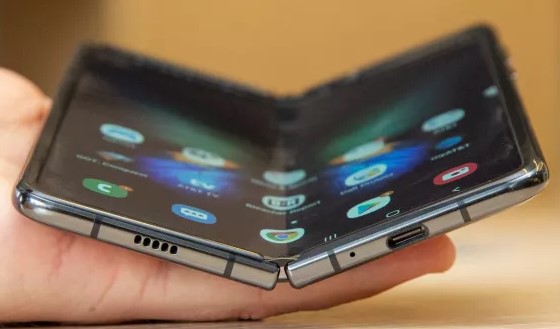 There have already been a few leaks and rumors about the supposed features of the Galaxy Fold 2. These are not the final and official specs, but this might be somewhere pretty close to what we will get to see in the real device. Ther are already a lot of rumors about the specs of the device, but none of them seems to be finalized.

The Galaxy Fold 2 will most likely feature an 8 inch AMOLED Display with a higher 120 Hz refresh rate. The device will be powered by the Qualcomm Snapdragon 865 chipset with integrated 5G or the latest Snapdragon Processor by the time of its release. It will offer up to a huge 12 GB of RAM and up to 256 GB of storage. The device will come with the latest Android 10 out of the box.

There were also strong rumors which suggest that the Fold 2 would also rock an S Pen. This seemed pretty interesting until new leaks reveal that the device would probably not get the S-Pen support. While these were some of the proposed specs based on leaks and rumors, there are other possible specs floating around the internet. Have a look at yet another possible configuration for the specs of the Galaxy Fold 2. 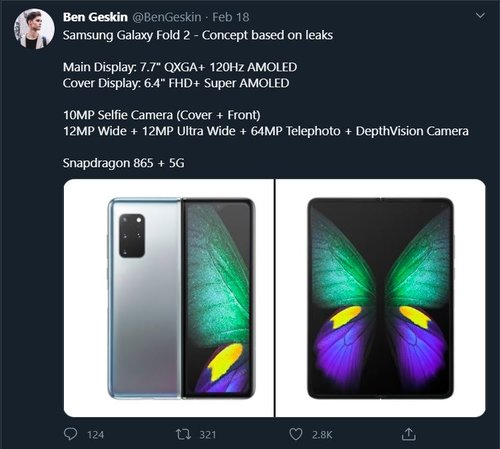 We might as well get to see the latest Wi-Fi 6 and Bluetooth 5.0 technology in this device. Talking about the camera, the device might feature a quad-camera setup at the back with either a huge 108 MP or 64 MP primary sensor. On the front, the device is most likely to come with a 20 MP selfie shooter. The camera setup seems to be pretty good for a foldable smartphone. But, will it be able to set new standards? Will it be able to beat other devices in the market. Will the Galaxy Fold 2 be the new choice for users?

Possible designs for the Galaxy Fold 2: 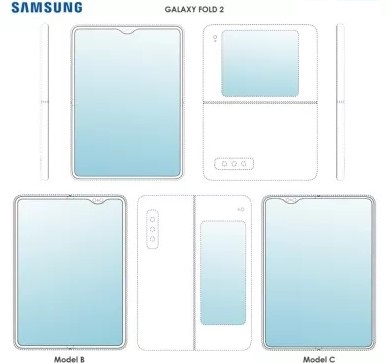 The Galaxy Fold 2 is most likely to target the premium flagship sector. Well, Samsung has always done its job pretty well. Let’s wait and see for ourselves what all Samsung has to offer with the alleged Fold 2 and how it performs in the market. So, based on what we have seen so far the Samsun Galaxy Fold 2 might start from somewhere around $1659 for the base variant. 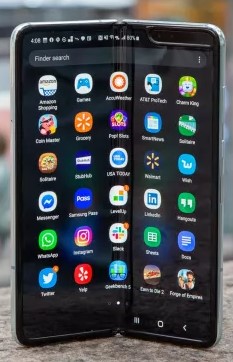 Well, it seems like Samsung might launch the Galaxy Fold 2 somewhere around September. As of yet, there is no official word from Samsung about the launch. Things might also get delayed depending on the critical scenario caused by the COVID-19 pandemic. Let’s just wait and hope we get to see the amazing device sooner than expected.

Stay tuned for further updates on the Samsung Galaxy Fold 2. Also, share this article with all those people who have been waiting for a new foldable from Samsung.