Samsung is a pioneer brand that was founded in 1930. The brand is one of the largest employers under the electronic gadgets manufacturing section and continues to produce quality mobiles. Samsung is mainly known for three of its famous series- Samsung A-series is the low budget line-up for the brand, Note series rocking the mid-range and S-series famous for premium, flagship models.

Samsung is launching its over-the-mid-range device if it’s A-series for a change- Samsung Galaxy A41. The device is all set to roll out after appearing on Geekbench and that is all this article is about.

Starting with the display, Samsung Galaxy A41 will most likely rock a 6.0-inches IPS LCD Display. The resolution of the device would be 1080 x 2340 pixels with a 430 PPI pixel density. The gadget is rumored to be run by a 3500mAh battery, which is very low and disappointing to see at a higher budget price range.

Galaxy A41 will equip a triple camera setup at the rear end where 48MP will be the primary sensor, 12MP for ultra-wide capture and 5MP as the depth sensor. On the front end, we will most likely be able to spot a massive 25MP selfie shooter. The cameras are expected to support features like Digital Zoom, Auto Flash, Face detection, Touch to focus and a lot more.

The device is rumored to be powered by an octa-core processor with a MediaTek Helio P65 Chipset. Samsung Galaxy A41 will boot on pre-installed Android 9 OS. The device variants aren’t confirmed yet but we can expect the base variant to rock 4GB RAM and 4GB ROM.

The device has already created hype among the people as the success rate of the A-series is pretty high. Take look at the CAD Render image leaks of the device to understand the model and structure better. 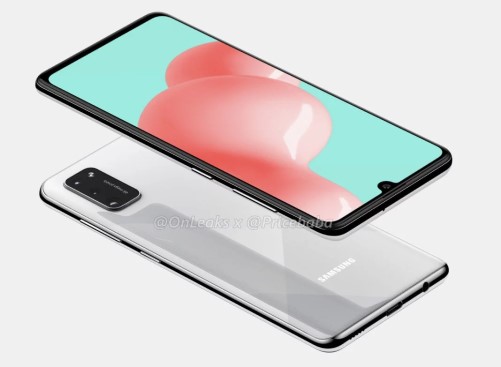 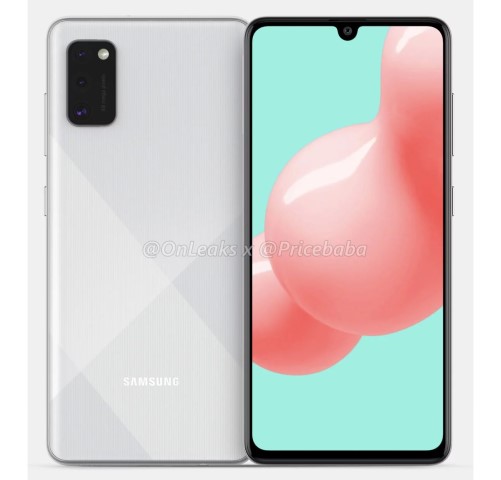 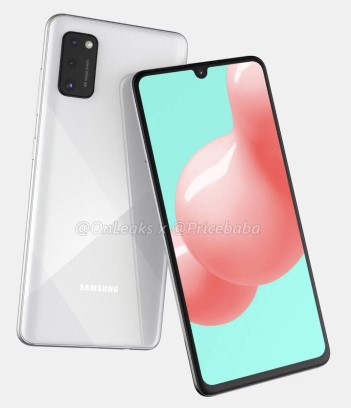 The world is seeing the peak of technological advancements. But Samsung Galaxy A41 shows some of the lowest specs one could expect in 2020 for the rumored price range. The audience expects at least a Snapdragon 855+ or similar Snapdragon versions as the chipset and of course, Android 10 OS pre-installed as that’s what the trend is. But nothing is confirmed yet, so all that we can do is hope for the best.

The device is rumored to cost Rs. 22,000 and the expected color variants are black and white.

There is no official announcement about the launch date of the Samsung Galaxy A41. But it is rumored that the premium device will be released on the 12th of March 2020.

Note: We will update the article when we receive any news about the Samsung Galaxy A41, so stay tuned. Also, share this article with all those who are waiting for this gadget.