South Korean OEM Samsung has done a great job this year in selling its smartphones. In case you don’t know, Samsung has the most number of devices sold globally. The interesting thing is Samsung achieved this not with its premium flagship devices but collectively with its wide range of mid-range devices. A-series smartphones were the most selling smartphones globally. It seems like people are loving the mid-range smartphones from Samsung. Well, the Galaxy A21s is one such budget device from Samsung’s A-Series lineup. The Galaxy A21s has been announced today(May 15) by Samsung and will soon be hitting the market.

The Galaxy A21s comes with a beautiful 6.5 inch 720p Super AMOLED display. It houses Samsung’s own Exynos 850 chipset. The device offers up to 6 GB of RAM and 64 GB of storage. It comes with a giant 5000 mAh battery with support for 15W fast charging. The device comes with Android 10 out of the box with One UI 2 on top. It also features a rear-mounted fingerprint scanner.

Talking about the camera, the device has the modern rectangular quad-camera setup at the back with a 48 MP primary sensor, an 8 MP ultrawide sensor, a 2 MP Macro lens, and finally a 2 MP depth sensor. On the front, it has got a 13 MP punch-hole selfie shooter capable of shooting some beautiful portraits. The camera module is quite powerful considering the device to be a budget offering and the price it comes for.

Samsung has already a lot of mid-range devices in the A-Series lineup that offers great specs and insane value for money. Samsung has been leveling up its mid-range game these days. The Galaxy A21s is an amazing budget device from Samsung. It is the most recent device launched by Samsung. It offers a great camera module considering the price segment it comes for. The device does look decent and has the modern rectangular camera module which has become pretty common these days with the A-series devices. It can click some quite decent pictures. However, you can extract better performance from the camera using the Google Camera app.

The Google Camera offers a huge list of features and advanced control options. You also get a lot of different modes to shoot pictures the way you want it. While it comes with a handful of amazing features, there are some useful features that are the main highlight of the app. Below are some of those cool features. 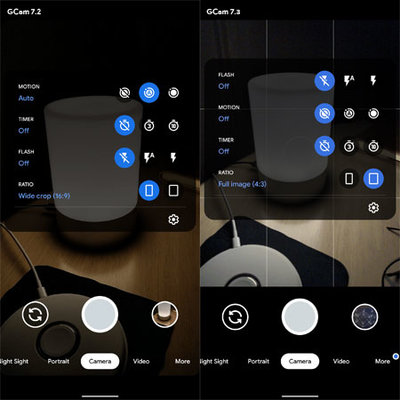 The Google Camera app for the Galaxy A21s boosts the performance of the image sensors along with the capability of the camera hardware and does an extremely great task in producing better images than the stock camera app. You can download the gcam apk from the link given below.

Note: If the above gcam apk doesn’t work for you. Download the older apk from below:

There you go Folks; you have now google camera rocking on your Galaxy A21s. Enjoy taking some great shots.