Recently released sequel to ‘Ori and the blind forest’, the action adventure Metroidvania platformer game ‘Ori and the will of the wisps’ has recently received a big update. Developer Moon Studios and publisher Xbox Game Studios launched the patch 5.14 this week, on Thursday May 14, 2020. This update brings many new exciting features and bug fixes for both it’s release platforms, PC and Xbox One series.

Patch 5.14 includes several features dedicated to the optimisation of the game according to the hardware capacity. This includes the introduction of HDR in the game for PC and some improvements for the already present HDR feature on Xbox. For you to enjoy this feature on your PC, you will need Windows 10 OS and a display compatible with HDR. For further optimisation of visuals, Dynamic Resolution Scaling is also added which will prioritize top notch frame rate and adjust the resolution rendering accordingly. Players will now be able to set FPS limit to reduce any frame rate fluctuations. 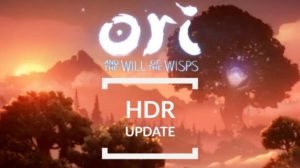 This update also works on soundware optimization for better overall sound quality. For PC, you now get access to Steam trading cards, badges, background and emojis too. Along with these additions the patch also focuses heavily on bug fixes as the game is still a fresh release. Following you will find the patch notes for Update 5.14 :

For more information on Update 5.14 and news on ‘Ori and the will of the wisps’ head over to the official website of the game here.