Xiaomi shifted its target towards the premium range of smartphones long ago. With the release of Xiaomi’s POCO series, the device has been receiving all prices. Also, the device-launch perfectly timed with the period when gaming blew up globally, giving an edge for the POCO phones to be the first pick for a lot of people.

POCO F1 is a high-end smartphone released in August 2018. The price of this device has massively dropped to Rs. 14,999 presently. The device was launched with a pre-installed Android 8.1 OS. The Russian variant of the POCO F1 has finally received its stable Android 10 OS update.

Before talking about the update, let us not forget about the fact that the Android 10 update will be the final OS update that the POCO F1 will be receiving. The device has not just been around for two years but also received Android 9 update long back. Of course, the security patch updates will still roll-out for the device for another year or more. But the device will now be known for its Android 10 booting and will stay the same forever.

Android 10 update for POCO F1 was paused for a long time due to bugs and requirements of changes. But as of 6th March 2020, the Russian POCO F1 has finally received the stable Android 10 OS. 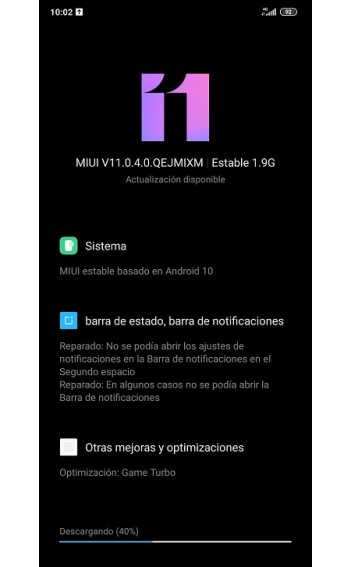 The Android 10 update hasn’t rolled out for the global version yet. But our Russian folks have received the update along with the February security patch. Click the link given below to download the MIUI 11 (Android 10) update.

Rest assured; we will update the article when we receive any news about POCO F1 Android 10 roll-out so stay tuned. Also, share this article with all those who were waiting for the update.