Peter is utterly defeated by Kids with the help of Isabelle. The raw scan page for chapter 170 of the manga ‘The Promised Neverland’ just dropped.

So in this post, we are going to talk about ‘The Promised Neverland’ Chapter 170  release date, raw scans, and spoilers. We will be looking at the spoilers now so if you do not like them you can scroll further down for more information on the release of the upcoming chapter.

Before looking at the raw scans, let’s first discuss chapter 169 of ‘The Promised Neverland’. In the previous chapter, we found out how Isabelle betrays Peter. The chapter opens up with Peter blabbering about him being their Dad, Oliver got pissed because Lucas was his father figure and Peter compares nothing to him. Hayato kinda escaped and met up with Oliver’s group, they all save Vincent. It seems Peter is completely defeated. But Peter was still in confidence that even if they kill him, they won’t be able to escape because he still has Isabelle. Grandma Isabelle along with other mothers and sisters of the Grace Field launches a counter-attack. But little does Peter know Isabelle betrays him at the end. She praises all the kids for doing such splendid work. 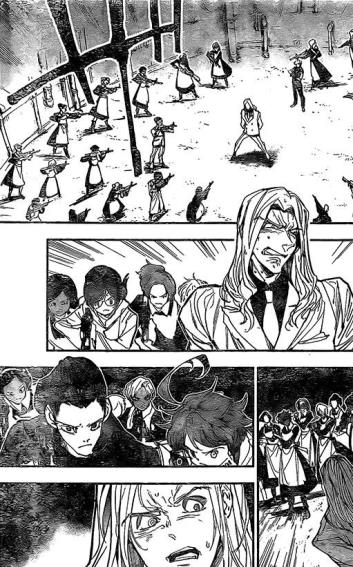 This time the raw scans are the Korean release of the chapter. We see Grandma Isabelle arguing with other sisters about what to do with Peter. But Isabelle somehow wins over others. Not only Ray but Emma and Norman also confronts Isabelle, they had their nostalgiac moment. Now everyone points their gun at Peter. He is on the verge of not only losing his life but also his pride. In a panic, he pushed one sister and steals her gun, seeing himself as outnumbered he run for his life. Is this the end?

We can expect a very good chapter after how Isabelle’s showed up in the previous one. The story is getting more and more interesting to read. Many mysteries, yet to unpack in upcoming chapters, keep reading. 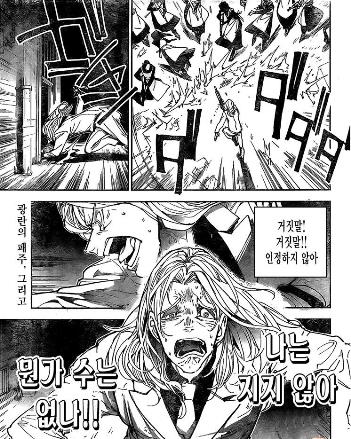 The usual release schedule for the Manga releases a new chapter on a span of 7 days. The latest chapter released on the 1st of March 2020. So chapter 170 is scheduled to release on the 8th of March 2020.

WHERE TO READ Promised Neverland Chapter 170 –

You can read the latest chapter of The Promised Neverland online as soon as they are released on VIZ media and Shueisha’s manga plus official websites Apps and platforms. Note that the raw scans for new chapters are usually released 2-3 days in advance. So make sure you read your manga from the official websites as this will help the manga creators